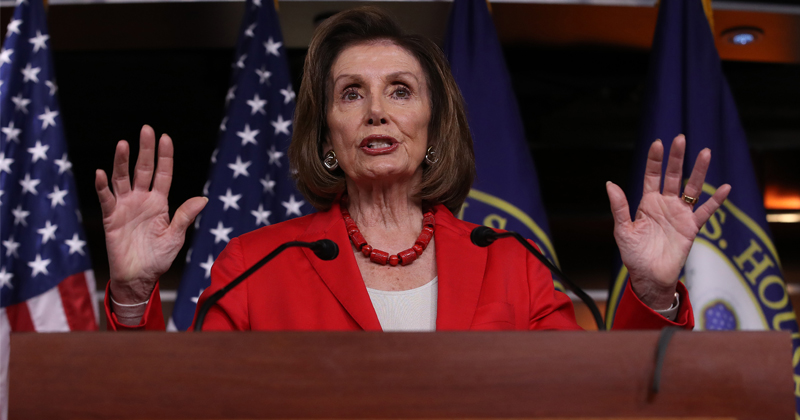 Update: The House has now ruled that Pelosi violated the chamber’s rules in her attack against the president.

A floor fight erupted in the House of Representatives after House Speaker Nancy Pelosi (D-Calif.) was challenged over her condemnation of President Trump, and now the House is voting on whether to strike her statements from the record.

Pelosi was speaking ahead of the vote to condemn President Trump when she was challenged by Rep. Doug Collins (R-Ga.), who felt her statements against Trump were way too personal:

Breaking Nancy Pelosi shouted down on the House floor. pic.twitter.com/NtXAppsSEa

“The extraordinary rebuke, the first of its kind involving a member of Congress and a speaker of the House in decades, theoretically could result in Pelosi being barred from speaking on the floor for the remainder of the day,” reported Fox News. “The episode then became even more bizarre when the chair, Rep. Emanuel Cleaver, D-Mo., told representatives after a lengthy huddle that he was trying to make a fair ruling as to whether Pelosi had broken House rules, but people weren’t cooperating.”

“Cleaver simply declared, ‘I abandon the chair,’ and left — a moment with no apparent precedent in modern congressional history.”

Pelosi also apparently broke House rules by leaving the chambers when she’s supposed to stay put when her words are taken down.

The House speaker was also accused of violating Thomas Jefferson’s “Manual of Parliamentary Practice,” which is still in use.

In the manual, representatives must avoid language on the floor “which is personally offensive to the President.”