Following debate over adding the chemical fluoride to county drinking water, Hernando County, Fla. has decided not to force medicate its residents. 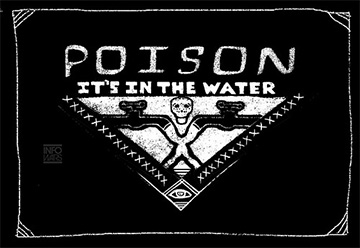 On Tuesday, the Hernando County Commissioner’s board held a meeting where both pro and anti-fluoride activists were allowed to voice their opinions, after which the crowd voted against mandatory fluoridation.

“The majority of those speakers were opposed to fluoridation,” Hernando Today reports.

One dentist who spoke argued that people need to “step up and vote” to add fluoride to the county’s drinking water to help the “poorest of the poor” reduce cavities.

Jim Intzen, one of the residents opposed to fluoridation, countered the dentist’s claim, pointing out that “the county health department offers a dental program so it is a fallacy that low-income people don’t have access to affordable care.”

Intzen also pointed to studies that have shown people exposed to fluoride developed thyroid problems and that the chemical has been linked to lowering a person’s IQ.

County residents also called the industrial waste chemical out as being an “insidious poison,” and a retired doctor added that fluoride not only posed a health hazard when swallowed, but that it is also “absorbed into the skin and ultimately the bloodstream when showering.”

Additionally, hydrofluorosilicic acid, the compound typically used to fluoridate drinking water, is a corrosive chemical whose own Material Safety Data Sheet says it can cause “nausea, vomiting, diarrhea, abdominal burning, and cramp-like pains,” in addition to its vapors being able to cause “severe irritation to the lungs, nose and throat. If swallowed,” the MSDS says, “it can cause severe damage to throat and stomach.”

According to Hernando Today, “Audience members said it was unconstitutional to force fluoridation on citizens. European countries have already outlawed its use in public drinking supplies, a few people said.” In fact, a whole host of cities in the United States, Canada, Australia and New Zealand have moved to take fluoride out of their water.

“It removes freedom of choice and becomes medication (by force),” another resident stated.

In voting down fluoride, the county estimates it has saved taxpayers close to $800,000.

Hernando County joins a legion of municipalities around the globe which have fought back and won against what many studies have shown to be a deadly neurotoxin that attacks the central nervous system, lowers IQ and leads to a multitude of serious health problems.