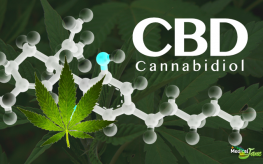 Florida gave a green light to Cannabis oil this past week – at least the non-psychoactive components of the marijuana plant that can be used to treat seizures and pain in multiple types of diseases. HB 843, sponsored by Rep. Matt Gaetz (R-Shalimar), passed on a 15-3 vote, allowing CBD-only Cannabis oil in the state, even though the Florida Surgeon General, John Armstrong, opposed the bill.

Armstrong believes that Cannabis oil should not be allowed as an ‘untested’ drug, and should go through lengthy FDA trials. Perhaps the Surgeon General is unaware that cannabis has been used medicinally for thousands of years. It was cultivated in China as early as 4000 BC and in Turkestan in 3000 BC. While the FDA has allowed several toxic substances such as pharmaceutical drugs to pass its heralded clinical trials, only later to recall them, the first evidence of the medicinal use of cannabis appears in an herbal book published during the reign of the Chinese Emperor Chen Nung 5000 years ago. But the FDA still sees marijuana as a Schedule I substance with no medicinal value.

Armstrong, who also heads the Florida Department of Health, responded to the passing of the bill thusly:

“We must be wary of unintended consequences and remember that first we must do no harm.”

CBD, or cannabidiol, is an oil made from cannabinoids, the same compounds our body creates itself to regulate mood, appetite, and the immune system. Reports have shown that CBD is very effective in suppressing seizures, and for parents with children who have epilepsy or other disorders. CBD does not cause a ‘high’ or psychoactive effect as THC the component of medicinal cannabinoid marijuana that recreational users enjoy.

The bill allows for regional organizations to grow, test, and dispense CBD oil as well as set up Compassionate use Registry within the Department of Health with the names of patients who are eligible to use CBD. Only doctors would be allowed to put patients on this list if they have Parkinson’s, Alzheimer’s, epilepsy, post-traumatic stress disorder and cancer – so what exactly is Armstrong concerned about?

Perhaps it is because this November, Florida will have a chance to vote for a measure, Amendment 2, which would allow medical marijuana for a much larger class of citizens. It has a 70 percent approval rate already. The measure will appear on the general election ballot.