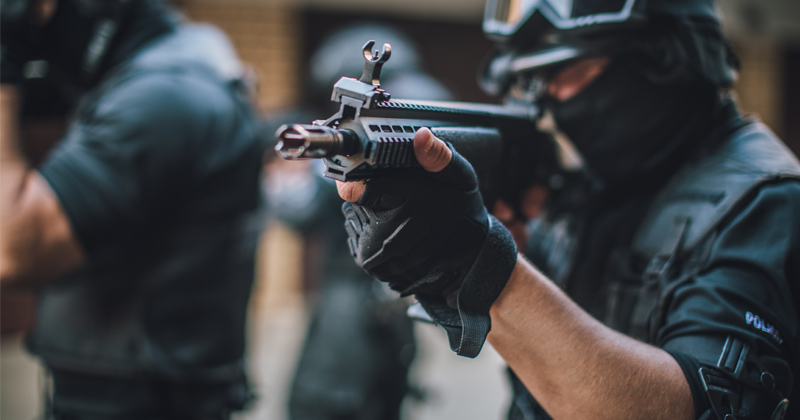 Jon Carpenter, a Florida resident who happened to have the same name as a vagrant who was in Florida at the time, and had threatened an elderly couple.

The two Jon Carpenters shared very little other than their names.

According to the accused Jon Carpenter, who is described as a law-abiding gun owner, “He’s 110 pounds. I’m 200. He has brown eyes. I have hazel. He has black hair. I have no hair.”

Carpenter was served with a restraining order from the elderly couple who the vagrant had threatened a certified letter from the state suspending his firearm license as well as a notice that he had been reported to the DFC for elder abuse and had been ordered to surrender any of his legally possessed firearms.

“I was just dumbfounded. I didn’t know what to do. I called the state and they basically said, ‘There’s an injunction against you,’” Carpenter explained.

Once Carpenter realized his only way out of this was to appear in court to prove this was a case of mistaken identity, he was told the process would take anywhere from six to eight weeks.

“They said they process it in the order it was received and it takes 6-8 weeks. I was like, ‘So you can suspend it in one day, instantly, but for somebody else’s mistake, I’ve got to wait 6-8 weeks,” according to a statement made by Carpenter.

Although through Carpenter’s persistence, he was able to get the situation straightened out in less than six weeks, he wants people to learn what happened to him so they can decide for themselves if red flag laws are worth the problems they cause to law-abiding gun owners in America.

Still, there are still those such as Marco Rubio who stand by these new red flag policies that are being brought up for vote all over the US.

“Without red flag laws you cannot remove guns from someone unless you adjudicate them incompetent or until they commit a crime and can’t pass a background check and red flag laws help us get ahead of it,” Florida Sen. Marco Rubio, a Republican, assured us after the school shooting in Parkland, Florida, in February 2018, according to WTVT.

All of these checks weren’t enough to prevent the wrong man getting his guns taken away.