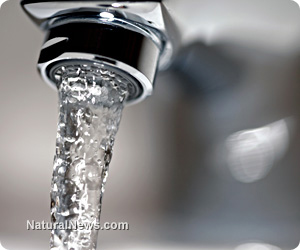 Another victory has been won in the fight to protect the public against water supplies intentionally poisoned with artificial fluoride chemicals, this time in Woodland, Washington, a city located just 30 miles north of Portland, Oregon. As reported by The Daily News online, the Woodland City Council recently voted 6-to-1 to stop adding synthetic fluoride chemicals to its public water supply after it was determined that the outmoded practice is both unsafe and ineffective.

Following the lead of nearby Portland, which back in May also decided to keep its water supply pure and free of toxic industrial waste, Woodland joins many other scientifically progressive communities across the country that have had enough of all the status quo, pro-fluoride rhetoric. Citing a cohort of peer-reviewed studies and meta-analyses published in recent years, vigilant Woodland residents were able to show the receptive council that artificial fluoride is dangerous, and has no place being added to water.

“I’m against my government medicating me without my consent,” said Terry Day, a local resident, to the council at a recent meeting. Day was one of 20 other local residents who showed up to oppose fluoride — not a single individual in favor of artificial fluoridation showed up to the meeting to defend the practice.

According to reports, all of Woodland’s councilmen had conducted their own research prior to the meeting, and, with the exception of just one, came to the conclusion that fluoridating the water needed to stop. Councilman Ben Fredricks, for instance, expressed that cities have no business adding fluoride chemicals, which are technically a drug, to water supplies without consent.

Adding fluoride “allows decision makers without medical qualifications to do to the whole community what a doctor is not allowed to do to his or her patients,” Fredricks is quoted as saying.

Councilwoman Marilee McCall agrees, having also expressed concerns about fluoride, and particularly its safety when ingested continually over the course of one’s lifetime. She and Fredricks, along with four other council members, voted to give back to the people of Woodland their health freedom and allow individuals to choose whether or not to ingest or use fluoride.

“Everyone has the opportunity to use [fluoride] topically as a toothpaste if they wish,” added Fredricks in his dissent against fluoridation. “Every doctor I go to knows they can’t force a patient to take a medicine without their informed consent.”

Ending the fluoridation program in Woodland will also result in taxpayer savings of up to $5,000 per year, which is what the city used to spend to truck in the industrial waste and dump it into the water. Contrary to popular myth, the fluoride chemicals added to public water supplies are not natural but rather are derived from industrial processing byproducts, which typically also contain lead, arsenic, mercury, cadmium, radionuclides and other poisonous compounds.

“[E]veryone is free to use fluoride-containing toothpaste, or to add fluoride to their diet,” wrote one commenter on a related article about the decision. “Why compel the entire population, including millions of children, to ingest a substance which is, AT BEST, of unknown toxicity?”

To learn more about the dangers of fluoride, and for information about how you can help get it removed from your local water supply, be sure to check out the Fluoride Action Network:
http://www.fluoridealert.org