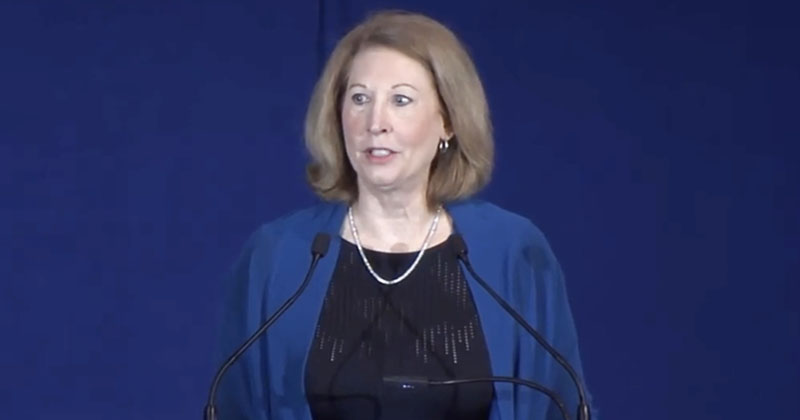 “It was all the Clinton emails, the Clinton Foundation, her Secretary of State emails, Huma Abedin’s emails – lots of people emailing Huma as a proxy for Hillary,” Powell told the audience.

Powell recommended that President Trump ensure Weiner’s laptop gets into trusted hands within the military to examine all the emails.

“So one of the things, if I were the president I’d do, is demand the Anthony Weiner laptop and get it to the most trusted person in the military to take apart everything on it, and then start using it.”

“There’s a LOT that can be prosecuted, I have no doubt, on that laptop,” Powell continued, adding that some crimes may be downright atrocious.

“In fact, I heard that the New York Police officer who saw some of it, even though they’re hardened investigators, literally had to go throw up. It’s bad,” she added.

In 2016 just before the presidential election, prosecutor Doug Hagmann reported that the FBI found evidence of treason, money laundering and connections to child exploitation – including the infamous “Lolita Express” jet belonging to billionaire pedophile Jeffrey Epstein – on Weiner’s laptop.

“It involves Hillary Clinton, Huma Abedin, and Bill Clinton as well as Jeffrey Epstein,” Hagmann said on The Alex Jones Show. “According to my source, these files exist – he did not touch these files so he doesn’t know what’s in them, but the fact that they exist on this computer suggest some sort of overlap here.”

“It involves the Saudis, very big money and interests in the Middle East, and it involves Hillary, Huma, and to a much lesser extent Anthony Weiner,” he added.

Hillary Clinton will be required to testify under oath & cross-examination as judge overrules Barr’s DOJ & Hillary’s State Dept holdovers who are trying to shut down the Benghazi investigation & the subsequent email crimes.