The CEO of the largest food bank in America has suggested that planned cuts in food stamp benefits set to take effect on Friday could spark riots.

Margarette Purvis, the president and CEO of the Food Bank for New York City, told Salon.com that the expiration of stimulus funds, which will see the Supplemental Nutrition Assistance Program reduced by $5 billion dollars, will have an “immediate impact” and represent a recipe for civil unrest.

“If you look across the world, riots always begin typically the same way: when people cannot afford to eat food,” said Purvis, adding that families face the “daunting” prospect of losing a whole week’s worth of food every month.

The nationwide cut will take 76 million meals off the table of poverty-stricken New Yorkers alone, equating to about 16 meals a month for a family of three. The Center on Budget and Policy Priorities has labeled the cut to the SNAP program “unprecedented” in “depth and breadth.”

As we previously highlighted, even the mainstream media is invoking the threat of riots that could ensue as a result of the food stamp cut, with Fox News’ Neil Cavuto linking the issue to the Department of Homeland Security’s recent $80 million dollar outlay on armed guards to protect government buildings in upstate New York.

“November 1st could be a very very iffy kind of a day….this could be all hell breaks loose day,” warned Cavuto.

His concerns are not without foundation given that a glitch in the system which temporarily halted EBT purchases for just a few hours earlier this month led to looting and mini-riots at several Walmart stores.

Reacting to the downtime, food stamp recipients warned that if the glitch was to re-occur it would lead to Rodney King-style riots, a reference to the 1992 L.A. riots which resulted in 53 deaths, 2,000 injuries and over $1 billion dollars in property damages. 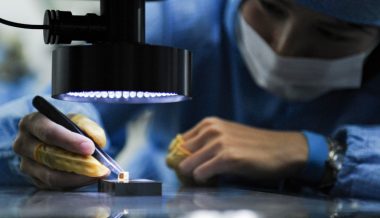