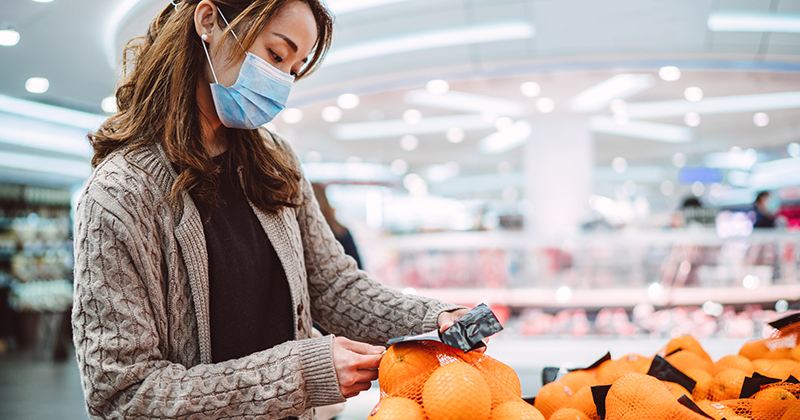 You may have noticed that food prices have started to go up very aggressively.

I repeatedly warned my readers that this is precisely what would happen, and more price increases are on the way.

Fear of COVID-19 has sparked a tremendous amount of extra demand as Americans have feverishly stocked up their pantries, and at the same time the virus has made it very difficult for the major food companies to keep up.

Over the past several months we have seen a large number of food production facilities close down temporarily, food supply chains have been thrown into a state of chaos, and grocery stores have found it increasingly difficult to keep their shelves full.

Alex Jones breaks down the slaver history behind the Democratric Party as well as top members’ direct connection to modern day slavery.

Many years ago I remember sitting in an Econ 101 class as a very young college student, and one of the things that I learned was that prices are going to rise when supply goes down and demand goes up.

So it was inevitable that grocery store prices would become more painful, and the latest numbers that have been released by the BEA are definitely quite alarming…

According to data released last week by the Bureau of Economic Analysis, almost all kinds of food have seen an increase in its price since February. Beef and veal prices are up a staggering 20.2% since before the pandemic, while other staples like eggs (10.4%), poultry (8.6%) and pork (8.5%) have also seen significant increases.

If prices keep going up like this, a lot of American families are going to have to start cutting beef out of their diets simply because they cannot afford it anymore.

And of course these price increases are coming at a really bad time, because we are in the midst of a historic economic downturn.  When an Oregon woman named Bella Flores recently took her monthly trip to the grocery store, she was shocked by how much prices have gone up…

Medford resident Bella Flores says she felt the shock when she recently went to the store to pick up her monthly items.

Actually, if I could get out of the grocery store with a bill of only 69 dollars I would be jumping for joy.

These days, it seems like you can’t even get a full cart of groceries for under 200 dollars where I live.

Sadly, more price increases are on the way.  Demand is going to remain high, and many food companies will continue to operate at reduced levels.  For example, just consider what the CEO of Tyson Foods recently had to say…

During a recent call with analysts discussing third-quarter financial results, Tyson (TSN) CEO Noel White said that some of the company’s facilities “continue to operate at decreased production levels.”

With food prices already at such elevated levels, the Federal Reserve has decided that now is a perfect time to jack up inflation even more.  The following comes from a CNBC article entitled “The Fed is expected to make a major commitment to ramping up inflation soon”…

In the next few months, the Federal Reserve will be solidifying a policy outline that would commit it to low rates for years as it pursues an agenda of higher inflation and a return to the full employment picture that vanished as the coronavirus pandemic hit.

Recent statements from Fed officials and analysis from market veterans and economists point to a move to “average inflation” targeting in which inflation above the central bank’s usual 2% target would be tolerated and even desired.

You can almost always count on the Federal Reserve to do the wrong thing.

Meanwhile, Fox Business is reporting that a “second wave of layoffs” has now hit the economy…

A second wave of layoffs is hitting American workers during a surge in coronavirus cases nationwide, and a Congressional stalemate over stimulus relief, according to a new survey by Cornell University and RIWI.

The researchers conducted the survey between July 23 and Aug. 1, and found that 31% of workers who had been placed back on payrolls after initially being laid off have now been laid off for a second time. Additionally, 26% of rehired workers say they’ve been told that they may be laid off again.

Those numbers are absolutely staggering.

So what this means is that at the exact same time that food prices are skyrocketing, countless Americans find themselves out of work and no longer have paychecks coming in.

And this may help to explain why the U.S. Census Bureau is finding that so many Americans are missing meals right now…

This week the US Census Bureau published results of a survey in which nearly 30 million out of 249 million respondents said they did not have enough to eat at some point in the week before July 21. It was the highest number of people reporting insufficient food since the Census started tracking that information in early May.

During the first half of this year we witnessed lines at food banks that were up to two miles long, and we are likely to see similar scenes throughout the rest of 2020.

But the good news is that the U.S. is still in better shape than much of the rest of the world.  As I have detailed previously, giant armies of locusts have been devastating crops in Africa, the Middle East and Asia, and now it is being reportedthat they have decided to invade Russia…

According to regional authorities, the damage is estimated at over 13 million US dollars.

A state of emergency has been declared in seven parts of the republic of Kalmykia, according to the Emergency Ministry.

Meanwhile, “nearly one-third of China has been impacted by severe flooding”, and that is having a dramatic affect on crop production over there.

Even during the best of times, we struggle to feed everyone on the entire planet, and here in 2020 global food production has been hit by a whole host of major problems.

I fully expect that global food supplies will increasingly become tighter, and that has very serious implications for the years ahead of us.

Yes, food prices are already very high, but now is the time to stock up because they are only going to go higher.

Unfortunately, there are millions upon millions of Americans that can’t afford to stock up because they have already lost their jobs and no longer have any income coming in.