GTL had sued several biotechnology firms, a medical lab and a crime lab that had used its patented methods for analyzing DNA sequences. Though a federal case, the district court which heard the matter, sits in Dane County, Wisconsin, where Fiedler coincidentally served as a state judge.

In another link, Myriad Genetics, which holds the exclusive U.S. patent on human genes, BRCA1 and BRCA2, granted the license to GTL in 2002. These human genes are associated with breast and ovarian cancer.

In 2009, the ACLU and the Public Patent Foundation (PubPat) sued the PTO, Myriad Genetics, and principals at the University of Utah Research Foundation, charging that patents on genes are unconstitutional and invalid. The suit also charges that such patents stifle diagnostic testing and research that could lead to cures and that they limit women’s options regarding their medical care.

In an absurd ruling this year, the Second Circuit Court of Appeals allowed the patent on these human genes, even though the DNA sequence occurs in nature. The court decided that simply because researchers had been able to extract it, the firm owns it.  Of course, under this thinking, all of nature can be patented if human technology allows extraction.

“The U.S. Patent and Trademark Office has granted thousands of patents on human genes – in fact, about 20 percent of our genes are patented. A gene patent holder has the right to prevent anyone from studying, testing or even looking at a gene. As a result, scientific research and genetic testing has been delayed, limited or even shut down due to concerns about gene patents,” commented ACLU.

The US ruling gives Myriad monopolistic control over these human genes, and over diagnostic testing for that DNA sequence.  The case is now headed to the US Supreme Court.

The Myriad patent was also challenged in Australia and at the European Patent Office.  In 2009, the EPO granted a highly restricted BRCA1 patent.

Australia’s case will be heard in February 2012. Dr Luigi Palombi, who supports the pending Patent Amendment Bill, believes the US decision “is irrational, contrary to scientific fact and little more than a knee-jerk reaction to the fear mongering of the American biotechnology industry. It claims that without gene patents it will not have any incentive to undertake necessary research. Of course, this is a lie.”

Part of the problem, Palombi explains, is that much of the research that allowed Myriad to develop its breast cancer test was publicly funded.  Going further:

“The decision turns patent law on its head because it means that the prize is given for the discovery not for the invention (a new, tangible and practical use of the discovery).

“The second problem is, Myriad’s scientists discovered and linked genetic mutations to breast and ovarian cancers, but that’s a long way off an invention. If there was any invention by Myriad (assuming it was also novel and involved an inventive step), it was in the development of a diagnostic test.”

Of note, in a dissenting opinion, Judge William C. Bryson wrote that the Dept. of Justice filed an amicus brief asserting that Myriad’s gene claims are not patent-eligible, thus undermining the PTO’s position. Bryson wrote:

Given the DOJ’s protection of Monsanto interests, however, it is likely that its opposition to Myriad’s patents may have more to do with stifling competition than protecting nature from theft by biotech firms.  After DOJ attorney Elena Kagen moved to the Supreme Court, the high court ruled in Monsanto’s favor allowing the planting of genetically modified alfalfa.

Earlier this year, Obama pressured the USDA to remove the buffer zone requirement for GM alfalfa, further ensuring genetic contamination of natural alfalfa. That decision ensures the destruction of the organic meat and dairy industries in the U.S. which rely on natural alfalfa feed. It will also strengthen biotech’s monopoly control over our food.

Obama has stacked his administration with Monsanto employees and biotech proponents, including Michael Taylor as FDA Deputy Commissioner for Foods, Tom Vilsack as Secretary of Agriculture, Islam Siddiqui as Ag Trade Representative, and Elena Kagen on the Supreme Court.

In a related matter, PubPat also filed suit this year against Monsanto over the patenting of genetically modified seeds which contaminate natural crops. “As Justice Story wrote in 1817, to be patentable, an invention must not be ‘injurious to the well being, good policy, or sound morals of society,’” notes the complaint, citing studies showing harm caused by Monsanto’s Roundup herbicide, including human placental damage, lymphoma, myeloma, animal miscarriages, and other impacts on human health.

That any official would approve gene patents is bad enough – discovering nature is not inventing it.  But in the Wisconsin case, Judge Fiedler ruled that humans:

“Do not have a fundamental right to own and use a dairy cow or a dairy herd;”

“Do not have a fundamental right to consume the milk from their own cow;”

“Do not have a fundamental right to board their cow at the farm of a farmer;”

“Do not have a fundamental right to produce and consume the foods of their choice;” and

Cannot enter into private contracts “outside the scope of the State’s police power.”

Ruling against raw milk forces consumers to drink genetically modified, antibiotic-laden milk from cows fed an unnatural diet of pesticide-loaded feed.  No doubt that makes Monsanto a major fan of Patrick Fiedler.  His decision was rendered on Sept. 9 and he stepped down from the bench on Sept. 30.

This case begs for competent legal counsel who can get the outrageous decision overturned. 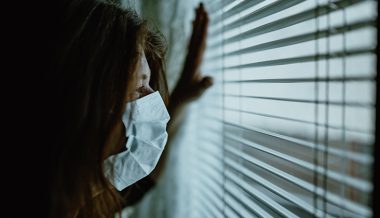