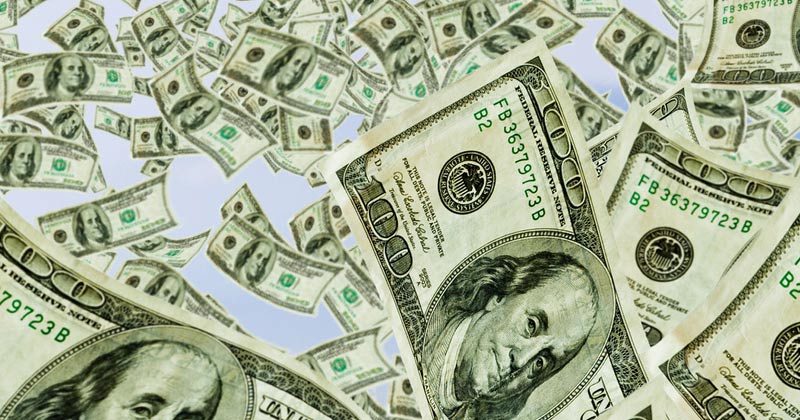 As the specter of economic nationalism continues to vaguely haunt the United States, economists find themselves at something of an impasse.

Free trade is so plainly efficient at promoting human welfare that even economists skeptical of or outright hostile to the Austrian school support it at least as a broad ideal, if only as a necessary fuel for altruists and rent seekers. Nevertheless, the enemies of free trade persist, searching tirelessly for cases of societies that effectively put themselves under siege with protectionist policies and didn’t suffer the apocalyptic consequences alleged by ivory tower economists.

But it is interesting that one of the policies that economic nationalists consider bad is one that they, by all rights, ought to consider good. And the fact that they do not constitutes an unforgivable error in logic. I am talking about foreign aid.

Libertarians understand well that taking money from the poor people of a rich country and giving it to the rich people of a poor country is an undesirable policy. And here the national populists agree with us. Pat Buchanan railed endlessly against foreign aid giveaways “spent on defense for rich nations that refuse to defend themselves.” More recently, Tucker Carlson has lamented the fact that our leaders have “spent enormous sums of your tax dollars improving the health care in countries that hate us.”

Historically, foreign loans were fully private, but today the US government guarantees these loans, below the natural rate of interest, when it is not directly giving the money away as foreign aid. How should we expect firms to feel about the cheap or free disbursement of US dollars to foreign governments and citizens?

Consider Cantillon effects. Inflation happens unevenly as excess money propagates through the economy, and price changes happen to precisely those goods and services on which the money is spent, rather than all at once. The first recipient of excess money is thus in the most advantageous position and the final recipient in the worst. Let us make the bold assumption that when business owners hear that the Federal Reserve is printing money, they prefer to make sure that they are getting some of that money as soon as possible.

First, let us consider the American company that exports its goods abroad. We can expect them to support such activity. Why? Because they will be the first Americans to receive that money. Foreigners will spend American dollars on American goods. The purchasing power of those dollars may be compromised in the foreign country, but prices will not have risen at home when the company receives the influx of new money. From the perspective of Americans purchasing goods in America, this is new money. As such, the new money amounts to an export subsidy: a redistribution of wealth from Americans’ savings to American exporting firms. We can expect that such a policy would encourage the creation of new jobs in the export sector at the expense of sectors harmed by the rolling inflation as the new money travels through the economy.

Next, let us consider the case of the American industry that competes with foreign imports. What happens before those dollars return to American shores? The foreigners holding them may not all have immediate need for American goods. The introduction of more paper money into that economy will then bid up the prices of goods there, relative to dollars, as dollars move through it. But what happens if some of those goods are normally exported to the United States?

Imagine the United States distributes a large amount of dollars to a foreign country, financing the expenditure via inflation. The country that receives the money is whose exports to the US compete with certain American goods. Let us further imagine that, unlike in the first scenario, none of the original recipients of the American dollars have any particularly strong desire for American goods, but they do have a demand for the goods produced in their own country. The goods that their country produces are cheap substitutes for the high-quality goods produced in the US but are still unaffordable to most of the local population. Unaffordable, that is, until they get their new shipment of American dollars, courtesy of the Federal Reserve.

This money has not yet reached American shores, and therefore does not affect the price level in the United States. It does bid up the prices, in dollars, of the foreign goods as the foreigners spend it on their own locally produced goods. The foreign goods have now been made more expensive relative to the American ones, whose prices have not changed. This encourages American consumers, on the margins, to buy fewer foreign goods and, potentially, more American goods.

In short: to the extent and for as long as the recipients of foreign aid use the money to purchase goods not made in America but that Americans would like to buy, foreign aid financed through inflation influences the domestic economy in a manner that is functionally equivalent to a tariff.

To illustrate this further, let us finally consider the effects of foreign aid giveaways on the outsourcer.

Remember, the reason that companies outsource is that foreign laborers are willing to work for less money than Americans. Imagine if the US began providing a $1,200 monthly UBI (universal basic income) to everybody in Indonesia. One can see why it would be nearly impossible for an American company to open a shoe factory in Indonesia offering an hourly wage of $1.68. This is true whether it is paid in dollars or converted, at the new exchange rate, to local currency. As the number of dollars in circulation in the foreign country increases, the purchasing power of the dollar begins to decrease, and the outsourcing company will have to provide more of them to foreign laborers.

When the government adopts a policy of “easy money” for foreigners, there are three possible results. The first is that American export goods become more competitive on world markets, creating more jobs in those exporting industries. The second is that, to the extent that the new dollars are spent bidding up the price on foreign goods that would ordinarily be imported by the United States, the American firms that compete with those imports become more competitive on the domestic market, creating more jobs in those industries. The third is that it becomes more difficult for companies to outsource jobs from the US abroad.

In short, for the economic nationalist who supports tariffs, export subsidies, and punitive taxes on businesses that send jobs abroad, printing out money and handing it out to foreigners for free or through cheap loans accomplishes the exact same goals, with the exact same effects on domestic living standards. The effects on American living standards of tariffs, export subsidies, and punitive taxes on outsourcers are exactly the same as what they would be if the United States federal government engaged in a program of printing dollars by the billions and giving it away to non-Americans. The only major difference is that using the federal money printer in this fashion does not directly raise government revenue. To paraphrase the late and great Justin Raimondo: “The foreign-aid giveaway that the protectionist relentlessly attacks is supported by the same big-business special interests that ceaselessly agitate for protectionism. They know where their true interests lie, even if the protectionist is confused about his” (Reclaiming the American Right, pp. 277–78).