Former chief of staff to Colin Powell, Retired Colonel Lawrence Wilkerson, told the Young Turks the early “indications” of the use of chemical weapons by the Syrian regime could point to “an Israeli false flag operation”. Wilkerson:

This statement is revealing not only in the fact that the information is at best dubious, but also that false flag operations are by no means considered unthinkable or outlandish by the former Bush administration official as a much-used geopolitical tool. As former chief of staff to Colin Powell, Wilkerson would know.

On April 30, Kurt Nimmo wrote an article about Foreign Policy writer John Hudson, portraying Dennis Kucinich as a conspiracy theorist for suggesting that allegations Syria used chemical weapons are part of a manufactured pretext for war.

“John Hudson”, Nimmo points out, “who writes on national security issues for the magazine, believes Kucinich may have been influenced by Infowars.com and Wikileaks.”

If Hudson is correct, not only the former Ohio congressman is being influenced by Infowars. Colin Powell’s former chief of staff appears to get his information exclusively from Infowars, never mind his insider knowledge in regards to covert warfare techniques employed by intelligence agencies. Another person who probably doesn’t exclusively rely on Inforwars.com for his information on the reality of false flag ops is 30 year CIA veteran and current Brookings senior fellow, Bruce Riedel. In his article Algeria a Complex Ally in War Against al Qaeda, Riedel gives a description of the Algerian counter-terrorism unit DRS and its methods, including the use of false flag operations:

“(The) DRS is (…) known for its tactic of infiltrating terrorist groups, creating “false flag” terrorists and trying to control them. Rumors have associated the DRS in the past with the Malian warlord Iyad Ag Ghali, head of Ansar al Dine AQIM’s ally in Mali, and even with Mukhtar Belmukhtar, the al-Qaeda terrorist who engineered the attack on the natural gas plant.”

In my original June 29, 2009 article titled Brookings Publication mentions possibility of ‘Horrific Provocation’ to Trigger Iran Invasion I cover false flag proposals made by the Brookings Institute in Iranian context, again, as a pretext to further a geopolitical agenda by the West. In their Which Path To Persia document the Brookings people openly considered a “provocation” to escalate things to the point of armed conflict:

“(…) it is not impossible”, they write, “that Tehran might take some action that would justify an American invasion. And it is certainly the case that if Washington sought such a provocation, it could take actions that might make it more likely that Tehran would do so (although being too obvious about this could nullify the provocation). However, since it would be up to Iran to make the provocation move (…), the United States would never know for sure when it would get the requisite Iranian provocation. In fact, it might never come at all.”

The Brookings document also contemplates “something on the order of an Iranian-backed 9/11, in which the plane wore Iranian markings and Tehran boasted about its sponsorship.(…). The entire question of “options” become irrelevant at that point: what American president could refrain from an invasion after the Iranians had just killed several thousand American civilians in an attack in the United States itself?”

In September of 2012, a member of the Washington Institute for Near East Policy (WINEP) think tank also proposed a false flag operation to kick off a military conflict with the Islamic Republic of Iran. The think tank’s director of research Patrick Clawson stated:

“(…) if (…) the Iranians aren’t going to compromise, it would be best if somebody else started the war.” 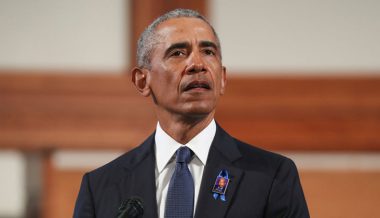