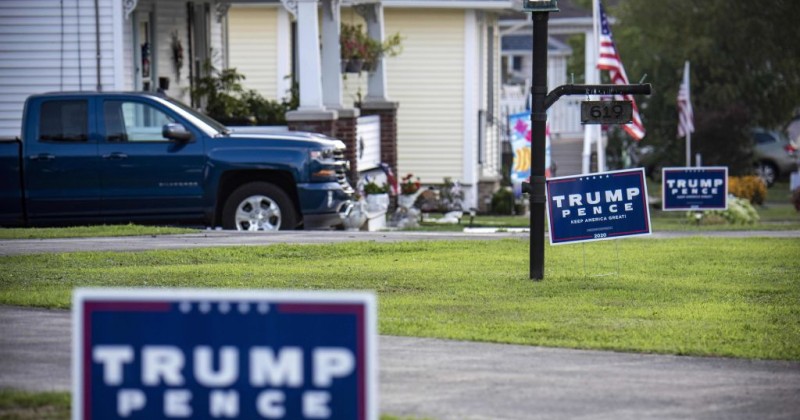 A former city councilman who had a ‘Trump/Pence’ sign in his yard was murdered in his home by a burglar following a “confrontation” in Cocoa, Florida.

75-year-old James Wallen was found by his wife last Friday afternoon and despite medics arriving within minutes, the man was already deceased.

43-year-old Matthew Inklebarger broke into Wallen’s home before killing him and stealing several items, according to police.

“Police said they believe Inklebarger targeted the single-story home, which sits in the scenic community along the oak and palm tree-lined riverside,” reports Florida Today.

Cocoa police say the death of a Cocoa man found in his home Friday was the result of a random burglary and that a suspect is being questioned https://t.co/jiCpdqUQ6d

“In the front yard is a campaign sign for President Trump while an American flag could be seen hanging from the garage.”

Authorities haven’t revealed whether Wallen’s Trump sign was a motive for the murder, describing the incident as a “random burglary,” although police say the two were involved in a “confrontation.”

Forensics experts are still investigating how the murderer broke into the home and killed Wallen.

Wallen served on the Cocoa City Council twice in the late 70s and 80’s and was also an English teacher.

Inklebarger’s friend, 44-year-old Cecilia Poteet, was also arrested in connection with the burglary and homicide, according to police reports but authorities haven’t said how she was connected to the incident.

Note: The photo at the top of the article is for illustrative purposes only and does not represent the location of the crime.