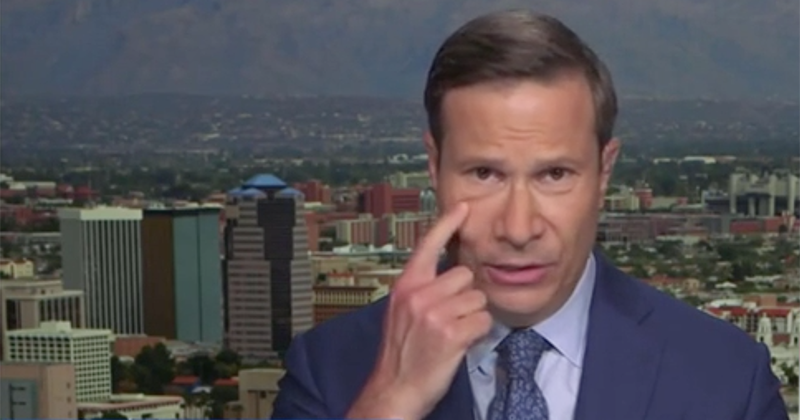 In a performance that seemed explicitly designed to rile up more anger from the extreme right, a former FBI counterintelligence head suggested Sunday that President Trump is a ‘radicalizer’ for white supremacists, and compared him to an Islamic cleric inspiring Muslims to Jihad.

Appearing on MSNBC programming, former FBI Assistant Director for Counterterrorism Frank Figliuzzi said that white supremacists “need to hear the recruiter-in-chief, the radicalizer-in-chief condemn them in order to break that chain of radicalization.”

“Anyone who has worked in the intelligence community since 9/11 knows that you have got a duty to warn.” Figliuzzi claimed, first invoking the sensitive topic of the September 11, 2001 terrorist attack.

Figliuzzi, seemingly in full counterintelligence mode, attempted to link the El Paso shooting with Trump’s rift with ‘the squad’ of Democrats, stating that white nationalists reacted very positively toward the clash.

Figliuzzi described this whilst seeming to give some sort of coded signal by blatantly rubbing his finger underneath his right eye.

“There’s an eerie similarity between what we’re seeing with white hate radicalization and Islamic violent extremist radicalization to jihad, and they see in the President a mentor, or a similar figure to that type of Muslim cleric that calls people to violence and jihad.” he declared.

While acknowledging that ‘of course’ the President hasn’t called for violence, Figliuzzi claimed that “the unstable people among us don’t note that subtle distinction.”

Figliuzzi also claimed that although Trump has urged that America needs to reject white supremacacism, he has done so with a ‘passive voice’.

“What I was looking for today, Andrea, was for that — that — that radicalizer-in-chief to come out and say I personally rebuke and reject the ideology of hate. I will not stand for this anymore. I do not need or want the support of you or those like you.” Figliuzzi said.

Over at NBC chief foreign correspondent Richard Engel filed a report claiming that Trump is inspiring hate and the ‘inspiration to murder’ among neo-nazis in Germany.

Yes, NBC flew a correspondent to a neo-nazi festival in Germany in an attempt to link Trump to the lunatic fringe movement.