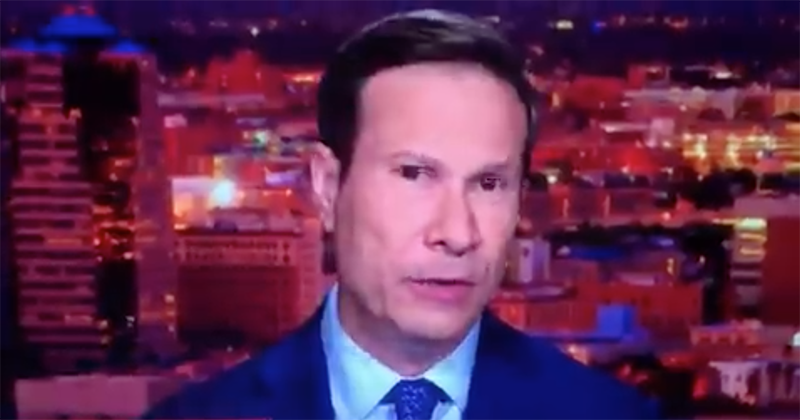 In another bizarre performance on NBC news programming, former FBI Assistant Director for Counterterrorism Frank Figliuzzi claimed that President Trump may have ordered flags flown at half staff not to honor the victims of the Dayton and El Paso shootings, but rather to celebrate Adolf Hitler.

Figliuzzi explained the reasoning behind his conspiracy theory, claiming that date the flag is to be at half staff until, August 8 (8/8), is a neo-nazi calling sign because the eighth letter of the alphabet is H, which stands for Hitler, and 8/8 means ‘Heil Hitler.’ 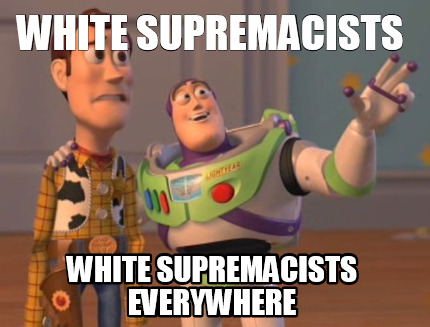 Lets skip over the fact that Figliuzzi looks downright creepy, and blinks about a million times in that clip, as if he’s attempting to hypnotize the audience into believing his crackpot nutbaggery.

Looks as if there is a conscious effort to make Alex Jones look reasonable.

All they had to do is not be insane. Trump broke them.

Remember that Alex Jones is BANNED from all social media, while Figliuzzi is PAID to spew this droolstack on a platform owned by NBCUniversal, one of the largest companies on the globe.

And it isn’t an isolated incident. Figliuzzi vomits out this kind of bile pile every day.

Earlier in the week, Figliuzzi described Trump as a ‘radicalizer’ for white supremacists, and directly compared him to an extremist Islamic cleric inspiring Muslims to commit acts of violent Jihad.

Meanwhile, NBC chief foreign correspondent Richard Engel was literally flown to a neo-nazi festival in Germany, where he concluded that Trump is inspiring hate and the ‘inspiration to murder’ among white supremacists in Germany.

Anyone would think that these former intelligence officials now working in news are deliberately feeding real white supremacists with such theories in order to rile them up.