We noted in March that we’re already at war with Russia.  Many experts agree …

I was recently at a meeting with a lot of very senior people from the defense community, and their view is that we are already in a nose-to-nose confrontation (war) with China and Russia.  But these (wars) are being conducted through cyberspace rather than through traditional conventional weapons.

An advisor to the US government – Scott Borg, CEO of US Cyber Consequences Unit – says that the United States has already started launching widespread hostile cyber warfare against Russia, China and Iran.

Indeed, the U.S. has admitted that it deployed cyber-warfare against Iran’s nuclear power plant.

Paul Craig Roberts – former Assistant Secretary of the Treasury under President Reagan, former editor of the Wall Street Journal, listed by Who’s Who in America as one of the 1,000 most influential political thinkers in the world  – says that U.S. war against Russia has already begun.

Ron Paul says that sanctions are an act of war … and we’ve had sanctions on Russia and Iran for some time now.  And see this.

And the U.S. is threatening military confrontation in the South China Sea. China is taking the threat seriously.

Remember, Russia and the U.S. each have enough nuclear weapons to wipe each other out … and American, British, Polish and Russian Experts warn that continued fighting in Ukraine could lead to nuclear war.

The Pentagon reports that China now had ballistic missiles which can hit nearly the entirety of the U.S. with nuclear warheads.

Russia and China are in a military alliance, and are conducting joint military exercises.

China has warned the U.S. to stop its Ukranian proxy war against Russia.

China and Russia have both said that an attack on Iran – or Syria – will be considered an act of war against the Bear and the Dragon. We’re already in Syria trying to overthrow Assad, and we’ve been supporting terrorists in Iran for many years.

On the other side of the coin, a former high-level Commander in the German Army warns:

NATO is formed out of 28 states, if just one of them gets involved into a conflict with Russia, the contract obliges all of them to assist. And out of a sudden we get a third world war. The only way to prevent it is if the people rise and say: Russia had to mourn more than enough victims in WWII, do you really want to start a war again? 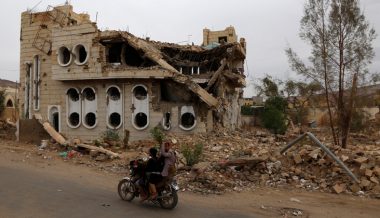 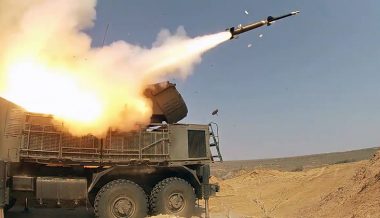