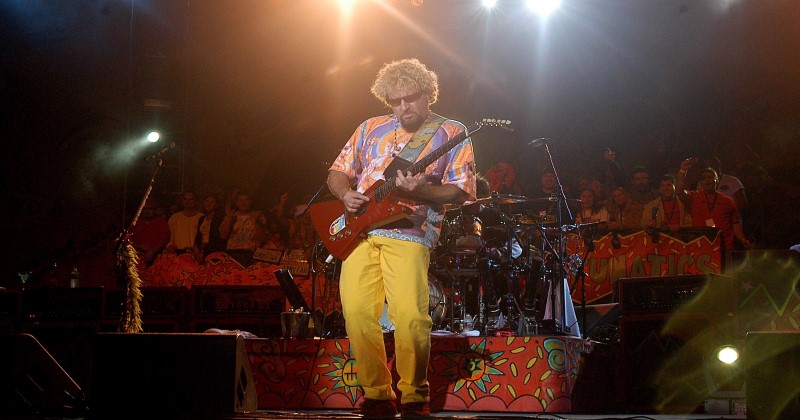 Legendary rocker Sammy Hagar is done complying with coronavirus lockdown measures, according to a recent interview with the former Van Halen singer.

Talking with St. Louis, Missouri’s KSHE-95, a classic rock radio station, the 72-year-old Hagar said despite being someone in the age group most susceptible to coronavirus, he’s “not afraid” of contracting the illness.

“I don’t say the word ‘hate’ very much, but I hate this frigging coronavirus crap,” The Red Rocker vented. “I’m not afraid of it, and I’m not locking down anymore. I’ll go around to anyone. If you don’t wanna be around me, fine. Keep your distance — I’m all cool with that. It’s not like I’m against that. But I’m sorry — I have no fear at my age about it.”

He did admit to being nervous when the outbreak first happened, but over time, he realized what an incredible life he’s lived.

“I was still worried about this possibly killing me,” Mr. Hagar confessed. “And you know what I thought of? I thought, you know what? I’ve had the best life of any human being on this planet. If the damn thing wants to come and get me and kill me, let it be. Life isn’t gonna be any better from this day on for the rest of my life than it has been. And I swear to you — I came to grips with it.”

Additionally, Sammy thought of all of the people he knows around the world and realized only three of them contracted the virus and that all of them made full recoveries.

“Only three people out of the thousands of people that I know have got it. One guy is a very unhealthy 67-year-old guy who got it,” he said. “He lasted 10 days and he’s over it, and his son — nine years old; healthy as a tick — lasted four days and they were diagnosed… they had it. They went to the hospital, said, ‘Hey, I’m feeling terrible. I’ve got this terrible fever. My chest is tired. I’m coughing.’ They just gave him some antibiotics — bang, bang, bang. And another guy in his 30s had got it, and he was fine. He said it was a horrible flu. It was miserable. ‘Trust me, you don’t wanna get it, Sammy.’ But he goes, ‘Five, six days later, I started feeling pretty good.’ [He’s] totally over it. So I’m saying I don’t know anybody that died. I read about people that died. But I’m not afraid of it anymore. That’s all I’m saying. Everybody, be their own self. I’m not trying to sway anyone any direction. But Sammy Hagar, I’m not afraid of it. There you go.”

“Mr. Cabo Wabo” also spoke with Rolling Stone magazine last week about how the government lockdowns in response to coronavirus have wreaked havoc on the economy.

“This shutdown of the economy is going to make that escalate 10 times and then we’re all going to be sick and you can’t walk down the street. I would rather see everyone go back to work,” he stated. “If some of us have to sacrifice on that, OK. I will die for my children and my grandchildren to have a life anywhere close to the life that I had in this wonderful country and freedom. That’s just the way that I feel about it.”

Continuing, Hagar went as far as to say, “I’d rather personally get sick and even personally die, if that’s what it takes. We have to save the world and this country from this economic thing that’s going to kill more people in the long run.”

Hagar’s sentiments are just a small glimpse of how more and more Americans are becoming fed up with “stay-at-home” orders and other draconian COVID-19 measures.

Listen to the full KSHE-95 interview below: