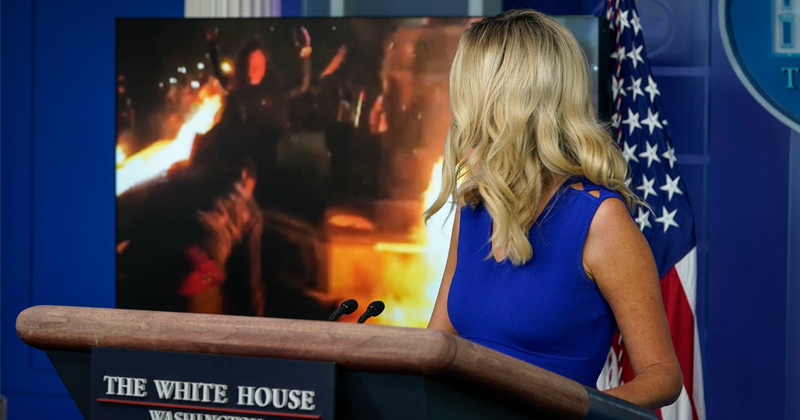 The network was “not expecting” the footage and Fox’s management decided to “pull away” from the Friday briefing, according to host Harris Faulkner.

Really smart for the White House to expose the Fake News Media’s lies that these are “peaceful protests.” pic.twitter.com/KVOdbYUwYx


“As you can see, that is anything but a peaceful protest,” were McEnany’s last words before Fox panned to Faulkner.

“All right, we were not expecting that video and our management here at Fox News has decided we will pull away from that at this time,” said Faulkner.

McEnany’s briefing ended up being 30 minutes long, but Fox cut its coverage a little over three minutes into the event.

The full briefing can be seen below:

Since President Trump launched Operation Legend, an attempt to quell violence in some of America’s most dangerous cities, the media and politicians have doubled-down on the “mostly peaceful” protesters narrative, attempting to blame federal agents for inciting violence.