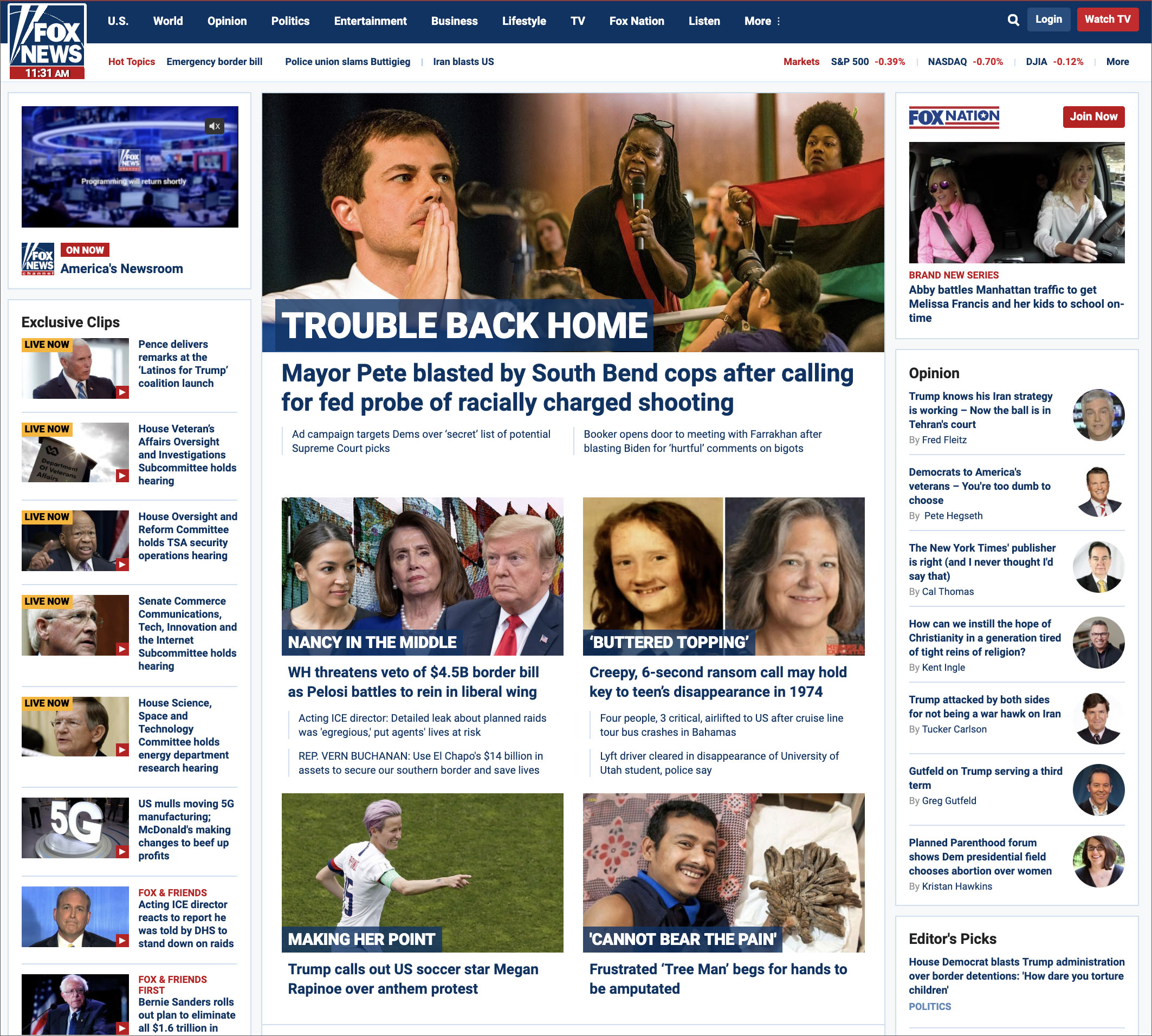 It’s been over 24 hours since Project Veritas released its devastating Google exposé, and conservative network Fox News still hasn’t reported on what’s amounting to be the biggest story of the year.

Of course, they’re not the only ones to ignore PV’s bombshell report: virtually the entire mainstream corporate media has blacklisted the story, even when it was red-linked on Drudge Report and addressed by members of Congress.

The story wasn’t even picked up by conservative champions like Tucker Carlson or Sean Hannity, who typically cover the stories nobody else will in the mainstream media universe.

Though it’s unsurprising the media has refused to cover the story to protect Google, one would think Fox News would at least acknowledge its existence given the shockwaves it’s delivered to the conservative world.

However, even President Trump has recognized that Fox News is beginning to behave like a liberal network as 2020 nears, calling the change “very strange.”

See the censored Project Veritas investigation that Google censored below:

“FoxNews Polls are always bad for me,” Trump tweeted earlier this month. “They were against Crooked Hillary also. Something weird going on at Fox. Our polls show us leading in all 17 Swing States. For the record, I didn’t spend 30 hours with @abcnews, but rather a tiny fraction of that. More Fake News.”

.@FoxNews Polls are always bad for me. They were against Crooked Hillary also. Something weird going on at Fox. Our polls show us leading in all 17 Swing States. For the record, I didn’t spend 30 hours with @abcnews, but rather a tiny fraction of that. More Fake News @BretBaier

“What’s going on with FOX? What’s going on there?” he asked the crowd of a Pennsylvania MAGA rally. “They’re putting more Democrats on than you have Republicans. Something strange is going on at FOX! Something very strange. Did you see this guy last night? I did want to watch, you’ve always got to watch the competition if you call it that. And he was knocking the hell out of FOX and FOX is putting him on. Somebody is going to have to have to explain the whole FOX deal to me.”

Given the importance of PV’s Google exposé and their willingness to ignore it, it’s probably safe to say the liberal transformation of Fox News is complete.

James O’Keefe of Project Veritas claims more google employees are contacting him to come out about their fascist employer.