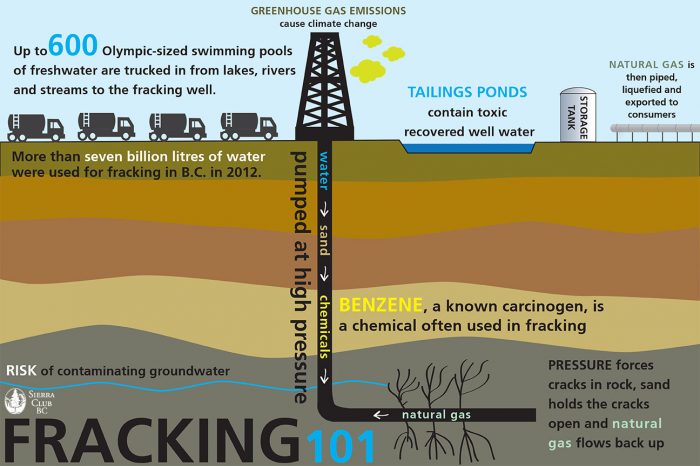 Fracking giant Cabot Oil & Gas Corp. is suing Dimock, Pennsylvania resident Ray Kemble and his attorneys for $5 million after Kemble accused the gas driller of polluting residential wells in Pennsylvania. Cabot alleges that Kemble and his lawyers extorted the company through a “frivolous” lawsuit. [1]

In 2013, an EPA official wrote in an internal report that fracking conducted by Cabot Oil & Gas Corp. caused methane to leak into domestic water wells in Dimock, completely contradicting Cabot’s assessment, which said the methane gas was naturally occurring. [2]

State regulators initially got involved in 2010 and said Cabot’s drilling contaminated local wells, though a subsequent EPA investigation in 2012 found the water posed no health risks to Dimock residents.

Though the 2013 report didn’t exactly contract the EPA’s finding that the water was safe to use, it did show that at least one official determined that Cabot’s work damaged water wells.

Now, Cabot is suing Kemble, claiming that his efforts to garner media attention to his polluted well “harmed” the company. The energy company alleges in the suit that Kemble’s actions breached a 2012 settlement that was part of an ongoing federal class action lawsuit over Dimock’s water quality.

Kemble says that even now his water “burns the back of your throat, makes you gag, makes you want to puke.” According to the outspoken Pennsylvanian, who, along with other community members, was featured in the 2010 documentary “Gasland,” said that things only got worse after Cabot fracked 3 wells near his house. [3]

In August 2017, scientists from the Agency for Toxic Substances and Disease Registry (ATSDR), a public health agency, again tested the water at Kemble’s home and about 2 dozen other houses.

A report released by the ATSDR in 2016 found contamination in some of Dimock’s well-water, but the tests did not look at what was casing the contamination. [4]

“Cabot will protect its rights and pursue justice against those who irresponsibly and maliciously abuse the legal system.” [1]

In April 2017, Kemble and his lawyers filed a federal lawsuit accusing Cabot of continuing to pollute Kemble’s water supply. However, the suit was withdrawn 2 months later. [3]

According to Cabot, the claims Kemble made in the lawsuit were the subject of a 2012 settlement between the driller and dozens of Dimock residents – including Kemble – and were barred by the statute of limitations. Cabot claims in the lawsuit that Kemble had breached the 2012 settlement by publicly discussing the company and the alleged damage it did to his water supply.

In 2016, some of Kemble’s neighbors, who had refused to sign a settlement agreement with Cabot, were awarded $4.2 million by a jury. However, in March 2017, that ruling was overturned. [4]

The judge overseeing the case ordered a new trial.