The French government has moved to further militarize the country under an open-ended state of emergency following the latest terror attack.

In a statement released by the Elysee Palace on Thursday, the government announced a plan to form a national guard. “President of the Republic [Hollande] decided to establish the National Guard from the existing operating reserves,” the statement reads. Hollande said the government will “as soon as possible begin the establishment of this structure, which would serve to protect the French people.”

The Defense and Security Council will be officially notified of the plan in August and the national guard units will be formed in September, according to the statement.

The announcement arrives on the heels of a horrific attack and beheading of a priest at the Saint-Etienne-du-Rouvray church in Normandy. Earlier this month, Mohamed Lahouaiej Bouhlel went on a rampage with a truck in Nice on Bastille Day, killing 84 people. In November, terrorists launched coordinated attacks in Paris, killing 130 people.

The attack in Nice prompted Interior Minister Bernard Cazeneuve to call for “all willing French patriots” to sign up as reservists. Marine Le Pen, the National Front leader, demanded a return of compulsory national service.

Following the attack during the Bastille Day celebration, Hollande extended the state of emergency and added new measures. Police are permitted to search without a court warrant, detain children, seize data from computers and mobile phones, and to search luggage and vehicles without judicial approval.

Critics contend the measures will do nothing to prevent terrorism and are being used against political activists, for instance, environmental activists who were put under house arrest during the Paris climate summit in November.

In May, the law was used to ban activists from joining demonstrations against the government’s labor reform. The labor proposals touched off large demonstrations in the country.

It is not clear if the new French national guard will be used to enforce the state of emergency or will only be used following terrorist attacks.

According to Finian Cunningham, the French “trajectory in state power is in danger of becoming a self-reinforcing dynamic of increasing autocratic governance—dictatorship—where democracy, for all intents and purposes, ceases to exist. Even more disturbingly, this sinister watershed is hardly even questioned in public discourse…

“France is heading towards a militarized autocratic police state, not unlike Israel. Citizens are being conditioned to live permanently with fear and emergency powers that supplant democratic rights.”

Tough read, but necessary, @hrw on human rights at risk under the state of emergency in France: https://t.co/NMm9g7n7TU

In the aftermath of the Munich attacks last week, Bavarian Interior Minister Joachim Herrmann told the Welt am Sonntag newspaper it “would be completely incomprehensible … if we had a terrorist situation like Brussels in Frankfurt, Stuttgart or Munich and we were not permitted to call in the well-trained forces of the Bundeswehr, even though they stand ready.”

Following WWII and the defeat of the Nazis, the German constitution forbade the military, known as the Bundeswehr, to be used domestically except in instances of national emergency.

The Greens and members of the Social Democratic Party warned against “domestic calls for more surveillance, isolation and military [intervention],” and added the Munich attack would be exploited politically.

The German government, however, had planned to lift restrictions on Bundeswehr prior to the Munich attack. 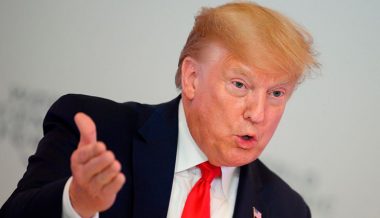