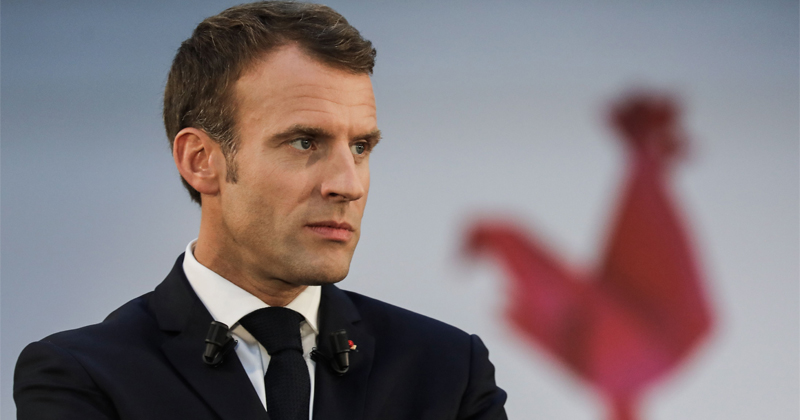 On Wednesday, Turkey’s National Security Council reiterated the country’s determination to continue its drilling activities in a disputed part of the eastern Mediterranean, an announcement that has alarmed Greece and Cyprus which also have claims to natural resources in the area.

French President Emmanuel Macron has expressed “full solidarity” with Cyprus and Greece, while slamming Turkey for a “violation of their sovereignty” in relation to Ankara’s plans for energy exploration in the Mediterranean, according to comments made prior to talks with Cypriot President Nicos Anastasiades, as cited by Reuters.

“It is not acceptable for the maritime space of a member state of our Union to be violated or threatened. Those who contribute must be sanctioned”, the French president was quoted as saying.

Earlier Turkey confirmed its plans to continue offshore exploration in the Mediterranean, particularly near Greece’s Kastellorizo island which is located a short distance from Turkey’s coast. This move prompted Greek authorities to express “heightened readiness” and to deploy ships to the Aegean Sea.

Cypriot President Anastasiades said that Macron’s efforts in relation to disputed area offered “a glimmer of hope” that the Mediterranean will “not be under the control of Turkey or another country”.

In May, Turkish Foreign Ministry spokesman Hami Aksoy accused five countries, Greece, Cyprus, the United Arab Emirates, Egypt and France, of forming an “alliance of evil” in the region, adding that the grouping was led and “patronized” by Paris.

Turkish drilling activities in the eastern Mediterranean have long been condemned by Greece and Cyprus, with the two countries maintaining their exclusive rights to natural resources in several parts of the sea. These claims did not prevent Ankara from starting resource exploration to the west of Cyprus last year, a move that prompted much criticism from both Athens and Nicosia.

Turkish authorities, however, do not recognize the government of the Republic of Cyprus, following the island’s division in 1974. Turkey acknowledges the existence of the Turkish Republic of Northern Cyprus, the only state in the world to do so. It has also repeatedly dismissed Cyprus’ claims to exclusive rights in the territory, arguing that the island’s natural resources should be shared by all parties involved.