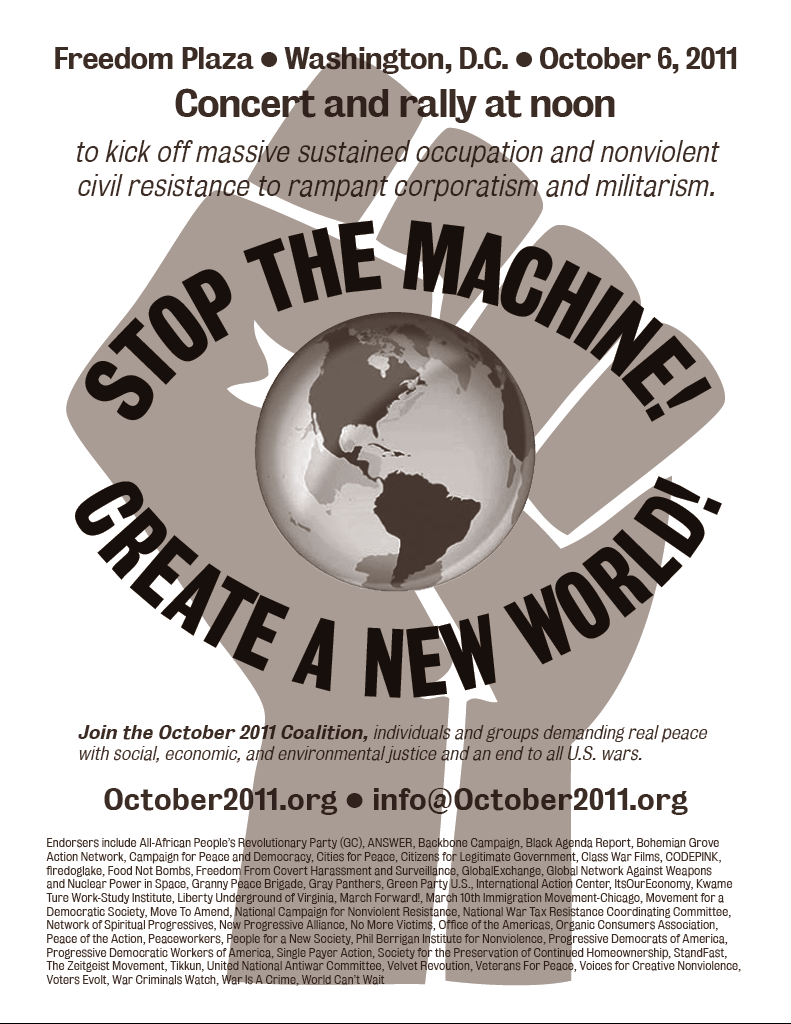 Protesters encamped at Freedom Plaza across from the White House sent out an email late Sunday announcing a meeting to discuss a plan to stay on after a permit expires tomorrow.

Maria Allwine, described as a protest organizer, told the Washington Post today the protesters plan to stay on indefinitely regardless of the expired permit and the possibility of a response from the U.S. Park service.

Allwine has run for state and local office on the Green Party ticket, including Green Party candidate for Governor of Maryland.

The Post reports that Park police spokesman Sgt. David Schlosser remarked that it is not clear yet what police will do if demonstrators try to stay in the plaza past Monday.

The October 2011 movement is comprised of a number of “progressive” organizations, including ANSWER, Code Pink, the Green Party, and Occupy Wall Street. The demonstration was timed to coincide with the tenth anniversary of the war in Afghanistan. It is also in solidarity with the Occupy Wall Street protest in New York.

The October2011 organization states on its website that the occupation of Freedom Plaza represents “our Tahrir Square, Cairo, our Madison, Wisconsin.”

In February, thousands of people occupied the state capitol in Madison, Wisconsin, to protest efforts by the state to pass a budget that would limit collective bargaining.