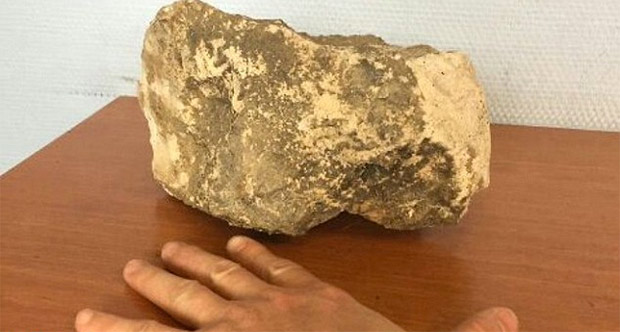 Four French police officers were seriously injured after being attacked by a group of intoxicated migrants.

The incident took place Monday in the northern city of Calais after officers were called to respond to a massive influx of migrants.

According to a police source speaking with the Daily Mail, the migrants, who were attempting to latch onto trucks and cars bound for England, set a trap for officers as they arrived.

“Our officers were drawn into a full-blown ambush, and four sustained serious wounds,” the officer said. “The worst injury caused concussion and injuries that had to be treated in hospital. It was a savage ambush.”

The worst of the attack was leveled against a CRS riot control officer who was hit repeatedly in the head with a large rock.

A local official also confirmed the incident in a statement Monday.

“Very drunk migrants threw missiles at them,” the individual said. “One was wounded in the head, and taken to hospital in Calais.”

The Unsa police union said that such ambushes were typical, a tactic used by migrants to seriously harm law enforcement.

“The procedure is always the same. A small group of CRS intervenes to stop the offences of a small group of migrants,” the union source told the Daily Mail. “Then, very quickly, a hundred migrants leave the wood adjoining the industrial area and encircle colleagues who are forced to use weapons to repel the violent assaults carried out by the aggressors.”

French President Emmanuel Macron vowed during a visit to Calais in January that the city’s large port would no longer be “a secret gateway to England” for illegal migrants.

“Everything is done so that illegal passage to the United Kingdom is not possible,” Macron said. “Calais must not be a secret gateway to England. The fundamental challenge is to ensure the security of the port of Calais and the Channel Tunnel.”

Despite the promise, migrants continue to flood the area, robbing and attacking truckers headed to England.