The video shows the man swiping a pile of Marine Le Pen ballots from a polling station in Le Blanc-Mesnil, northeast Paris, before they are subsequently seen discarded on the street outside as the man and his friends shout “F**k Front National!” in celebration.

It is unclear whether the ballots had been counted or why the man was allowed by election officials to remove them.

The video may have been a crude but harmless stunt, although it needs an explanation.

Another image uploaded yesterday purports to show ballots that arrived at a household with five eligible voters.

All five of the ballot papers have been deliberately torn, rendering them invalid.

The post accompanying the image claims that 60% of Le Pen ballots “were destroyed at the time of mailing,” although this is obviously a gross exaggeration.

However, this wouldn’t be the first instance where questions about fraud have hung over the French election.

Half a million expats living outside of France, the vast majority of whom preferred Macron over Le Pen, received duplicate polling cards before the first round of voting, where it was widely expected that Le Pen, who came second, needed to win to build momentum for the final round.

Police responded to the scandal by saying they wouldn’t even investigate it until after the final round of the election. 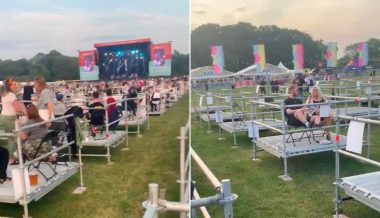