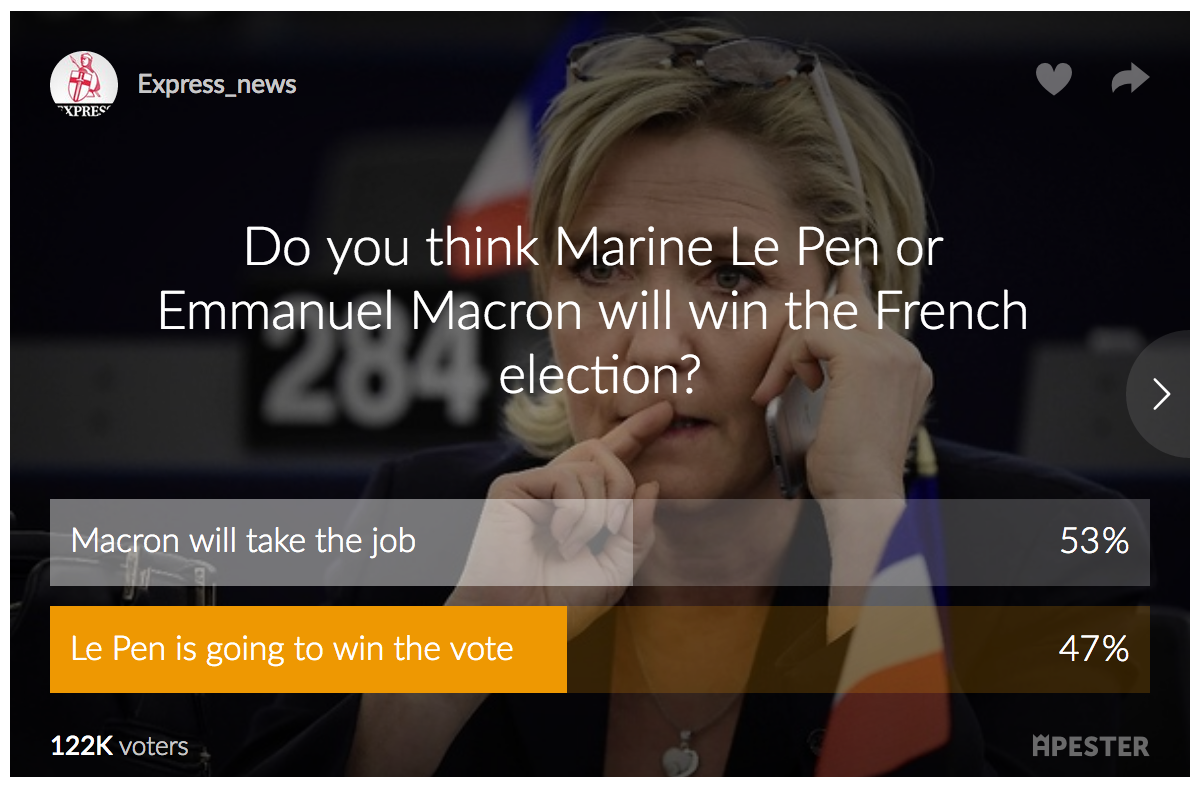 The final round of a monumental French presidential election will take place on May 7, and nationalist candidate, Marine Le Pen, is quickly gaining ground on her globalist opponent, Emmanuel Macron, in a variety of polls.

Polling by Harris Interactive reveals that Le Pen has picked up six points in the week since first round voting, with major media outlets declaring that Macron is ‘plummeting’ with just six days to go before the run-off.

The Daily Express has their own user survey with over 122,000 respondents at the time of this writing, and 47% now believe Le Pen will beat Macron – up from last week, as well. 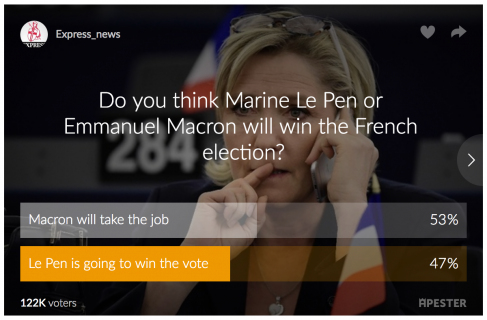 Polling by the Telegraph shows that Macron has slipped every day for the past week, dropping from a high of over 63% the night before the first round to below 60% for the first time in April. 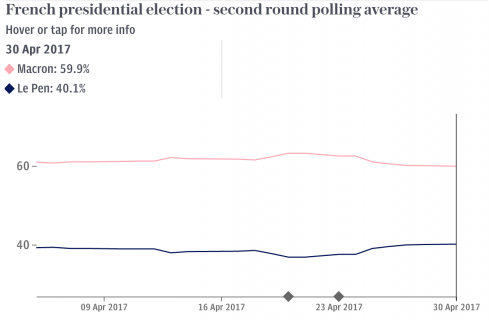 Other polls indicate a swing in Le Pen’s favor, as well, including one released by Elabe last week in which half of respondents said Le Pen’s second round campaign was off to a good start, compared to only 43% for Macron.

Le Pen is trending up. Can she pull it off? pic.twitter.com/YYrktndu5L

Also of note, French physicist, Serge Galam, who has established a reputation for accurate predictions, including those of Brexit and Donald Trump, believes the Front National candidate has a chance to win due to his analysis of an often-overlooked factor he calls ‘differentiated abstention.’

Le Pen and Macron are vigorously campaigning on May Day, a national holiday in France, with Macron maneuvering to perpetuate the false narrative that Le Pen and her supporters are ‘far-right extremists,’ by holding a ‘tribute’ to a Moroccan man who died at a May Day rally 22 years ago after being thrown into the Seine River by skinheads who were supposedly linked to the fringes of the Front National party at the time.

Macron has made clear his intentions to continue with the status quo set by his predecessors, including current president, François Hollande, who has vigorously endorsed Macron – along with the likes of Angela Merkel and Barack Obama – all of whom favor the importation and subsidization of migrants who are driving an unprecedented epidemic of violent crime, murder, and rape across Western Europe.

Le Pen held a massive rally in the Paris suburb of Villepint, where she announced, “I will put an end to immigration which everyone agrees has become massive and uncontrollable.”