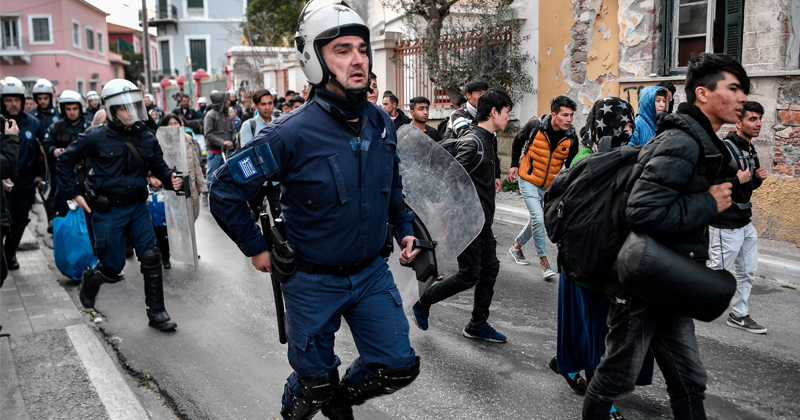 French Foreign Minister Jean-Yves Le Drian says “the EU will not yield to… blackmail” by Turkey after Ankara’s recent decision to lift its controls for migrants entering the EU, reneging on a 2016 agreement with the bloc.

Several thousand migrants have reportedly been trying to cross into Greece since Turkey said last week that it would no longer abide by a 2016 deal agreed with the EU to halt illegal migration flows into Europe in return for some €6 billion ($6.7 billion) in aid, and would open the crossings on its side of the border.

Speaking in France’s National Assembly on Wednesday, Le Drian said: “The borders of Greece and the Schengen Area are closed and we will make sure they stay closed.”

He added that France is “totally in solidarity with Greece,” where authorities have clashed with migrants attempting to enter the country in the wake of Turkey’s decision to ease its border controls.

Earlier on Wednesday, Greek police and soldiers used tear gas to disperse hundreds of migrants who were trying to breach the border. A day prior, European Commission chief Ursula von der Leyen described Greece as Europe’s shield in the migrant crisis and pledged €700 million ($779.2 million) in aid to Athens.

EU High Representative Josep Borrell and Commissioner Janez Lenarcic arrived in Turkey on Tuesday for two days of “high-level” meetings on both the Syrian crisis and the ongoing migrant row.

Turkey’s President Recep Tayyip Erdogan said on Wednesday that European states must support his country’s “solutions” in Syria if they want to resolve the migration crisis.

Alex Jones breaks down the barbaric tactics of the evil cowards using children as human shields while invading Europe.