As I walk the streets of Manhattan, I study the other pedestrians and wonder if they sense our danger. A mother pushing her son’s stroller laughs into her cell phone; two elderly gentlemen greet each other effusively; a jogger shuffles past; shoppers lug their treasures home. No one looks especially worried or upset, and I wonder if they’ve heard about the National Defense Authorization Act of 2012 (NDAA). 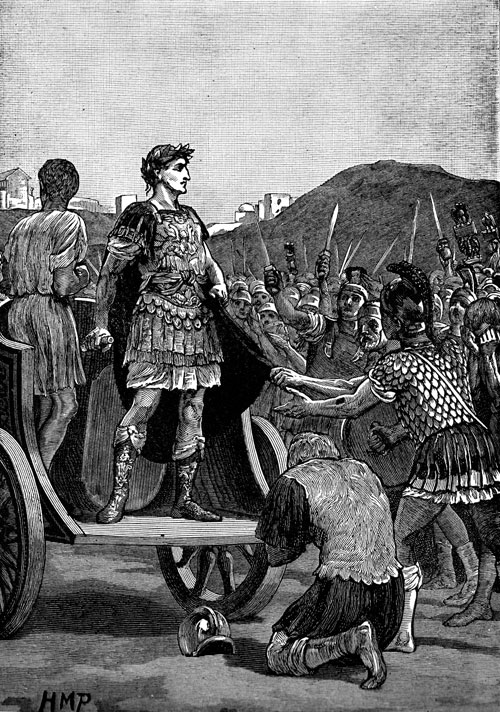 Ever since Julius Caesar captured some of Rome’s senate, dictators have tended to focus on political rivals initially, in descending order of threat.

How can the sun brightly shine and taxis whiz past as if nothing has changed?

With this legislation, America joins some of the modern world’s most brutal dictatorships – regimes like Nazi Germany, Mao’s China, and communist Russia. Places where people disappear into concentration camps or gulags, for any reason or, more usually, none at all. Nations in which citizens don’t count except for the taxes and labor they furnish the State. These contemporary serfs exist only to further their rulers’ whims; they dare not voice even the faintest opposition for fear of ruthless reprisal.

This is what happens when governments accuse and imprison whomever they please without an iota of evidence.

And this is the future to which our elected sociopaths have sentenced us with the NDAA. Its suspension of habeas corpus inevitably condemns this country to dictatorship, while its deputizing the armed forces to “detain” civilians – indefinitely, no less – just as inevitably insures that the dictatorship will be a military one.

We might excuse Congress on the assumption that as with most lengthy bills, its liars, thieves, and killers didn’t read this one either – except debate in both houses specifically argued about the provisions relating to habeas corpus. No one could have possibly misconstrued the stakes. Sen. Lindsey Cracker-sorry, Graham [R-SC] alone crystallized the stark choice of freedom or totalitarianism in unforgettable words: “It is not unfair to make an American citizen account for the fact that they decided to help Al Qaeda to kill us all and hold them as long as it takes to find intelligence about what may be coming next. And when they say, ‘I want my lawyer,’ you tell them, ‘Shut up. You don’t get a lawyer.'”

Our betrayal was bipartisan: Demopublicans supported this blatantly unconstitutional legislation in droves.

Likewise, a handful from each side of the aisle denounced it. Ron Paul naturally and strenuously opposed it, as did his son Rand (R-KY), who warned, “We’re talking about American citizens who can be taken from the United States and sent to a camp at Guantánamo Bay and held indefinitely. It puts every single American citizen at risk.”

Even Comrade Dianne Feinstein (D-CA) chided, “We are not a nation that locks up its citizens without charge.” She then sponsored the Due Process Guarantee Act of 2011. This “clarified” that neither the NDAA nor other legislation could “authorize the detention without charge or trial of a citizen or lawful permanent resident of the United States.”

How tragic that anyone considers a “guarantee” of “due process” necessary, let alone feels compelled to introduce it. Why wasn’t the Constitution’s far stronger promise sufficient? And if the highest law of the land couldn’t restrain politicians who swore to uphold and defend it, the Comrade’s lesser legislation certainly won’t.

Where does all this leave us, the potential “indefinite detainees”?

If history is any guide – and it may not be, given the internet and computers’ long memories – , we’ll escape relatively unscathed at first. Ever since Julius Caesar captured some of Rome’s senate, dictators have tended to focus on political rivals initially, in descending order of threat. If a civilian remains president of the US, he’ll begin spotting remarkable similarities between “terrorists” and his competitors for office. After he’s eliminated them, he’ll focus on Congress: tyrants by definition do not share their power. The craven curs who blithely sold our rights will be among the first to regret the sale – bitterly.

But there’s little reason to believe a civilian will continue as president: armed men usually shove unarmed ones out of the way. The empowered military will probably realize almost immediately what so many troops before it have: politicians are at best a nuisance and at worst an unwanted “partner” in their power.

Once the commanding general has consolidated the executive, legislative, and judicial branches in himself – and imprisoned or executed their former occupants – we’re next.

Again, history tells us the order of elimination. First will be political “dissidents” and intellectuals of all stripes – though a tyrant’s definition of “dissident” probably differs from ours as much as the Feds’ idea of “terrorist” does. And this is the point at which computers become our worst horror. Ever written a letter to the editor criticizing the government? Ever forwarded one of those emails joking about a politician or discussed politics while chatting on the phone?

Remember that the Feds now routinely eavesdrop on our calls and read our emails – and all that data has just become a treasure-trove for identifying “dissidents.” But tyranny is arbitrary, so you may join Congress in Gitmo or the authorities may simply warn you to keep quiet hereafter.

Pray these predictions are wrong. If so, it won’t be because Americans should expect a result different from other countries that have plunged into this abyss. Rather, some happy event will occur. Congress may suddenly realize its vulnerability and repeal the NDAA. Ron Paul might win the presidency. Or another revolution like our first may break out against an intolerable government; according to Jefferson, we not only have a right, we have a duty to throw off the NDAA’s absolute despotism.

In effect, this legislation is the United States’ declaration of war on its own citizens. Fine. Let us arm ourselves for battle.