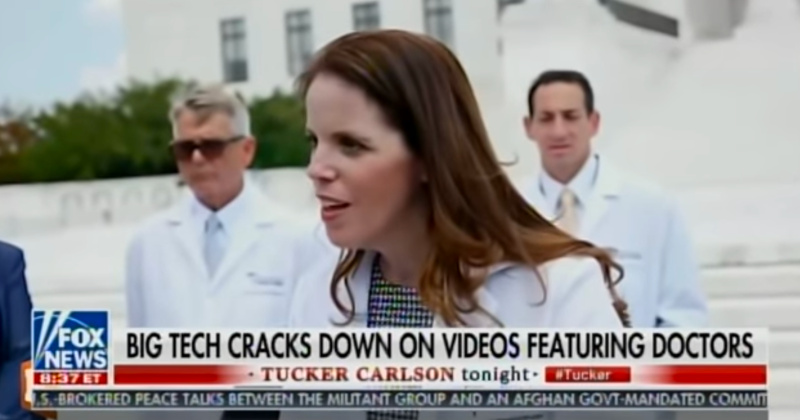 Just days after the establishment – via its Big Tech partners and liberal media propagandists – entirely disappeared a viral video of a dozen doctors discussing their real-life experiences of treating COVID-19 (and in some cases using the “extremely dangerous” medicine – if mainstream media is to be believed – hydroxchloroquine) and getting children back to school; the founder of “America’s Frontline Doctors” – Dr. Simone Gold – has been fired from her job as an Emergency Medicine Specialist in Los Angeles, CA.

As we previously noted, in the video, Dr. Gold said:

“We’re here because we feel as though the American people have not heard from all the expertise that’s out there all across our country.”

She is also the head organizer of an open letter signed by more than 600 doctors calling on President Trump to end lockdown. The letter described widespread state orders keeping businesses closed and children home from school as a “mass casualty incident” with “exponentially growing health consequences.”

The video was entirely disappeared from the web (except if you know where to look) within hours, and two days ago, Dr. Gold stated in a recent tweet that:

We are a group of physicians advocating for a better understanding of COVID-19 and its available treatment options.

Gold had defended her views – which reflected her real-life experience as a board-certified doctor specializing in emergency medicine, not a journalist playing one on TV! – saying in a tweet that “there are always opposing views in medicine,” but that opposition should not be grounds for censorship.

“Treatment options for COVID-19 should be debated, and spoken about among our colleagues in the medical field,” she wrote.

“They should never, however, be censored and silenced.”

But now, Dr. Gold has lost her job after her employer found out about the viral video where she dared to discuss hydroxychloroquine.

“Until what seems like 5 minutes ago I was considered a ‘hero’ [as a frontline emergency physician] with people clapping at what I was doing… but now i have been summarily fired for appearing in what was told to me was ‘an embarrassing video.'”

It is unclear exactly who Dr.Gold works for but her most recent role seems to be an affiliation with Centinela Hospital Medical Center

We wish her luck in any wrongful dismissal suits.