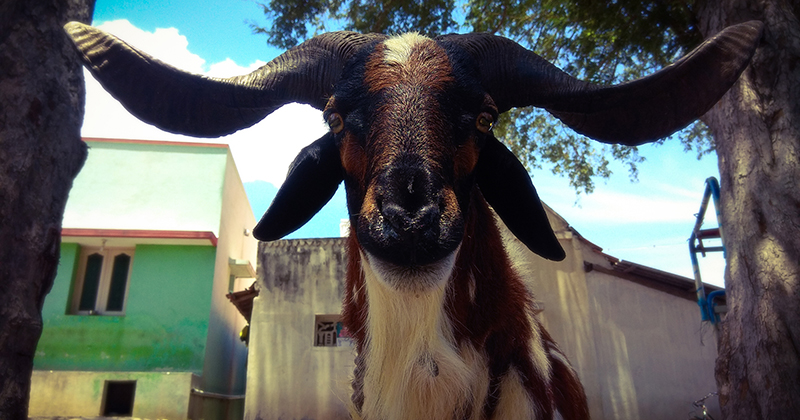 A goat and a piece of fruit tested positive for COVID-19 in Tanzania’s National Referral Laboratory, leading the President of that country to suspend the head of its national health lab and order an investigation, according to Reuters.

Tanzania’s president John Magufuli believes that the spike in COVID-19 cases there is due to faulty testing technology.

President Magufuli, requested secuirty forces to take samples from random non-human sources such as a goat, sheep, and papaya fruit. These samples were given fake human identities and sent off to Tanzania’s National Referral Lab, who was not aware they were not receiving samples from humans.

“There is something happening. I said before we should not accept that every aid is meant to be good for this nation,” says Magufuli.

Alex Jones shows the clip of Bill Gates declaring no one has a choice but to face the lockdown until they are vaccinated.

President Magufuli, who holds a doctorate in chemistry, believes that the false positives from these test prove that it is possible many of his citizens who testes positive never had COVID-19.

“I have always raised my suspicions about how our national lab has been conducting the Covid-19 cases,” he said during a recent event in Chato.

Magufuli’s latest plan to combat COVID-19 is to fly a plane to Madagascar to bring back a herbal cure. The mix has not been tested by any recognized international scientific community, but is promoted by Madagascar’s president.

“I’m communicating with Madagascar,” says Magufuli.” They have got a medicine. We will send a flight there and the medicine will be brought in the country so that Tanzanians too can benefit.”

Infection rates of COVID-19 have been reportedly lower in Africa versus other countries who conduct more frequent testing.

Tanzania had been scrutinized for its lack of strict social distancing laws, and approach of leaving open houses of worship during the global pandemic. Three members of parliament who were in the opposing party to the president passed away due to what was labeled as suspected COVID-19 symptoms in just two weeks time.

After these three deaths, fellow party members have refused to attend parliament. They have all committed to self-isolation.

President Magufuli threatened the members of his opposing political party with sitting fees if they continue to refuse to attend parliament meetings.