Fukushima is mostly ignored by our media which also ignores the Bilderberg gang.  And a lot of other important stuff.  The above photo was taken during the recent TEPCO tour of reactor #4.  They actually have a crane there that fitfully removes debris.  The entire structure is on the point of caving in but TEPCO has put supports under part of the pool.  But this mess is far from being fixed and all the workers there are reaching their lifetime limits of radiation exposure.  And the rest of the population nearby is certainly exposed to very dangerous levels especially children.

The government of Japan is mostly focused on getting control of some disputed islands that China claims so the latest volley in this futile folly is Japan calling Chinese military spending a ‘threat’.  Even as the Chinese dragon reels in the Japanese, they struggle to control things using the US military machine as their weapon of choice.

This week, the Pentagon and both Presidential candidates said they were going to focus most of our military on ‘Asia’ which everyone knows, means China.

So, while Japanese rulers duel with the Chinese, they also are freaking out about how nearly all nuclear power has come to a halt and this is causing trade deficits to appear so they are muscling along a restart of these reactors no matter what happens:  Quickstep to restarting reactors | The Japan Times Online

Behind the union’s (a group of township governments where the nuclear power plant is located) turnaround was the central government’s pressure and lobbying by Kepco and the Kansai Economic Federation, headed by Kepco Chairman Shosuke Mori. The call for a 15 percent reduction in power consumption apparently played an important role. If the central government decides to restart the Oi reactors, it will be a decision made in the absence of a solid foundation to ensure the safety of nuclear power generation.

The sole “scientific basis” for restarting the Oi reactors 3 and 4 is the results of a stress test. But a stress test is, after all, a computer simulation whose results can vary depending on the data fed into computers and the computer programs used.

Computers simulate only the parameters that the programmer installs.  Mother Nature, on the other hand, does whatever she wants.  In previous safety plans the maximum earthquake data was under 7.6 mag.  In reality, it was greater.  Each nuclear disaster is caused by different things so the number of things causing this multiplies each 20 years.  We can’t possibly know all probabilities or possibilities.

Tepco Email: Possible re-criticality in Reactor No. 2A Japanese publication has obtained an email sent from a worker in Tepco’s engineering division. Here is an excerpt of the email from a report in the June 8, 2012 edition of the Weekly Asahi via Yahoo.jp translated by Fukushima Diary:

From looking at the [Reactor No. 2] water level (60cm), it is obvious that the PCV and suppression chamber are severely damaged.

It is very likely that a new heating mass is generated from recriticality. We can not tell exactly what is happening inside of PCV. We can never deny the possibility of recriticality.

The nuclear dragon can be snoozing.  Or growling.  Or lashing out.  Or blindly blowing up everything.  Most of the time, we have little idea what is really going on once the initial release of power happens.  All data collection vanishes or becomes very spotty.

I wonder what the Bilderberg gang is saying today?  Are they trying to figure out how to pull the wool over our eyes?  HAHAHA.  Yes.

They convinced ‘green’ people that the only way to save humanity was to have an infinite derivatives swap market in CO2 pollution coupled with nuclear power plants.  This scam (a bad solution to a bad problem) worked for a while and for the moment, the greens who supported nuclear power/insane derivative games are silent.

But the elites want both of these programs because…it will make them all richer.  The US public has gone passive as they worry about jobs but luckily for them, the price of oil is now falling so the tension, the fear is dropping.  People love burning oil.  Very much.

The Japanese experts are very scared for Japan isn’t a big place and much of its best farmland has been ravaged by nuclear pollution:  Japanese Nuclear Expert: ‘When I try to figure out the true magnitude of damage, I am overwhelmed’ — Almost all of Fukushima Prefecture would be abandoned if gov’t regulations were applied.  This is a catastrophe for all of Japan.

Back to reactor #4:  Japan TV: We have discovered a new hidden danger at Reactor 4 — There’s another way fuel rods can be damaged (VIDEO)

When it reached the latter part of 700 degree C, what has happened to the fuel rod?

This is the new hidden danger of the fuel rods.

During the heat test, a change has occurred when the temperature of the fuel rod reached latter part of 700 degree C.

The fuel cladding has ruptured now.

When it ruptured, the temperature was at 780 degree C.

You can see the rod is red hot.

The fuel cladding is supposed to contain the radioactive fuels but it has expanded and a hole has appeared.

This is the ruptured hole after it has been heated.

In reality, other than meltdown, there was another way in which the fuel rods could be damaged.

Furthermore, when fuel rods are subjected to a rapid temperature change, not only it creates holes, the whole fuel rod could disintegrate completely.

Here are some screenshots of one of the videos showing what is going on inside the reactors and how similar reactors might fail:

The empty seats scared me.  The screenshot shows only two rows but the video zooms into the room showing about five rows of seats and maybe 4 reporters, if that.  Japan is a walking zombie nation and this is not a good thing. 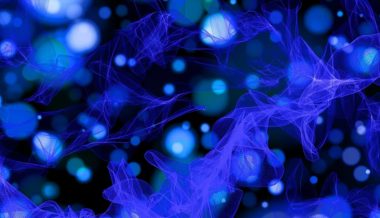