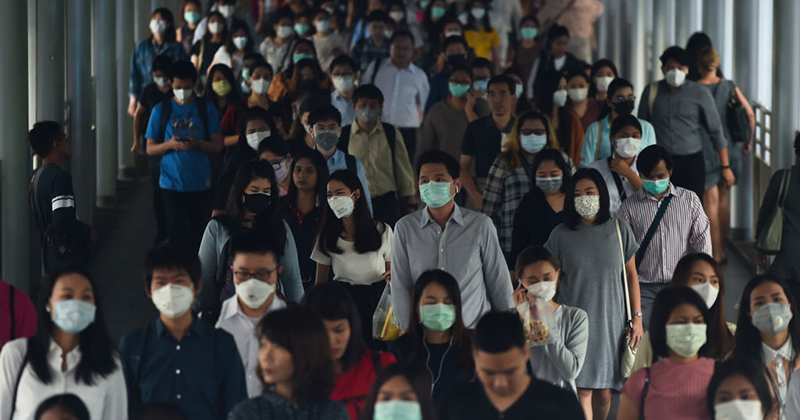 A few hours ago, the New York Times published an interesting story about how China’s population, known for assiduously self-censoring their speech online, is refusing to be silent in the face of the rapidly accelerating novel coronavirus.

The deluge of critical posts, along with clever tricks to dodge censors, are making it nearly impossible for Beijing to control the narrative on the mainland.

Earlier, we mentioned how doctors, nurses and residents in Wuhan have demanded that their “useless” mayor follow through on an offer to resign for sluggishness in confronting the outbreak.

But that’s not all: though reports claimed Beijing made an effort to remove horrifying videos of the situation on the ground in Wuhan (videos that showed what appeared to be dead bodies lying in hospital hallways), according to NYT, the censors have now been completely overwhelmed.

Savanah Hernandez joins Tom to report on the ingenuity of the Chinese people as they struggle to get news and updates about the Coronavirus out to the rest of the world.

Some posters evade censors by referring to President Xi as “Trump”, or by comparing the outbreak to the Chernobyl nuclear disaster.

Public anger over the handling of the outbreak has been compounded by the cancellation of the LNY holiday. Internet critics posted scathing criticisms of public officials over often minor slights, like when officials in Wuhan wore their face masks incorrectly during a press conference.

After Wuhan Mayor Zhou Xianwang offered to resign over his handling of the outbreak, a commenter replied: “If the virus is fair, then please don’t spare this useless person,” according to the NYT.

After the Hubei Gov. Wang Xiaodong delivered a news briefing on Sunday, he was brutally mocked for twice misstating the number of face masks that the province would produce to help fight the epidemic. A photo of the press conference that circulated online showed one of Wang’s partners didn’t cover his nose properly with the mask, inviting another torrent of derision.

However, experts cited by NYT said this torrent of criticism won’t go on forever. The Communist Party doesn’t tolerate any criticism or challenge to its rule, and government censors are still scrambling to delete any articles, comments or posts that are too critical.

“Chinese social media are full of anger, not because there was no censorship on this topic, but despite strong censorship,” said Xiao Qiang, a research scientist at the School of Information at the University of California, Berkeley, and the founder of China Digital Times, a website that monitors Chinese internet controls. “It is still possible that the censorship will suddenly increase again, as part of an effort to control the narrative.”

Over the weekend, President Xi and the Politburo resolved to “strengthen the guidance of public opinion,” which sounds like a signal that a crackdown will go beyond deleting quack remedies and dangerous, false rumors.

It’s also possible that this is a Politburo strategy to focus domestic anger at local officials, scapegoating them ‘for the good of the country, and the party.’