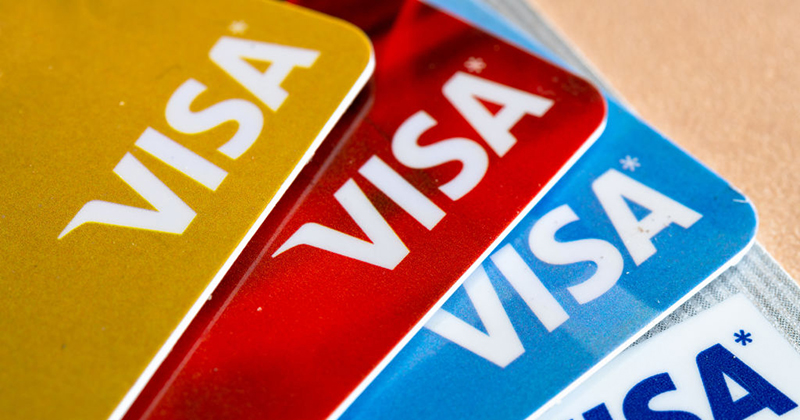 A little over a week after getting blacklisted by Visa simply for being associated with Gab, a social media alternative that’s committed to the principles of free speech, Andrew Torba, Gab’s CEO, has just spoken out for the first time via a blog post detailing his experiences.

His account is almost shocking in that, as Torba argues, it shows that US corporations like Visa have started to create their own version of China’s “social credit score” metric in the US.

If you’re deemed “politically incorrect”, you will be silenced, fired and harassed by major corporations, journalists and “activists” who claim to be committed to social justice and equality. As Torba explains, because he refuses to censor hate speech on his platform in keeping with his commitment to making Gab a censorship-free platform, Visa has targeted him, and accused him of “breaking the law” – even though “hate speech” is protected under the First Amendment.

Visa has effectively cut Torba off from the dollar-based financial system. His easiest means of transacting digitally, at this point, probably involves crypto.

This level of prosecution should make Christians and conservatives nervous, as they have seen these tactics from the left before. And the results last time around…well…they weren’t pretty…no matter what American millennials might believe.

As many of you already know we learned last week that Visa blacklisted Gab and we are now unable to process credit and debit card transactions. We learned more information this week and I think it’s important that I share it as a warning for others.
It’s not just Gab that is blacklisted. It’s also my family.

In China there is something called the Social Credit System, which was developed by the Communist Chinese Party as a “national reputation system.” This system tracks the “trustworthiness” of individuals, businesses, and organizations. “Trustworthiness” here means total and complete submission to the Chinese Communist Party. If the Communist Party deems you to be untrustworthy, you are denied access to plane tickets, train tickets, opening and operating businesses, and more.

As of June 2019, according to the National Development and Reform Commission of China, 26.82 million air tickets as well as 5.96 million high-speed rail tickets have been denied to people who were deemed “untrustworthy (失信)” (on a blacklist), and 4.37 million “untrustworthy” people have chosen to fulfill their duties required by the law.

To most Americans this sounds horrifying, and it is. I now know from first-hand experience because this social credit system exists in the United States. While it may not be sanctioned by the United States government, it most certainly has been deployed by US corporations who today have in many ways more power, data, and control over our lives than our government does. Many of these corporations also happen to be endorsing and raising money for communist organizations, revolutionaries, and the domestic terrorists burning down our cities.

We were told this week that not only is Gab blacklisted by Visa as a business, but my personal name, phone number, address, and more are all also blacklisted by Visa. If I wanted to leave Gab tomorrow (something that isn’t going to happen) and start a lemonade stand I wouldn’t be able to obtain merchant processing for it. Simply because my name is Andrew Torba. If my wife wants to start a business she won’t be able to obtain merchant processing because she lives at the same address as me and would be flagged by Visa.

This is obviously very concerning. We have done nothing wrong. Gab is and always has been a legally operated business. We sell hats, shirts, and a software subscription service that unlocks new features on Gab. My personal credit score is in the 800’s. I pay my bills. I have a wife and daughter to provide for, yet we are all being punished and defamed because someone at Visa has it out for me.

We were told that Visa has someone camping on our website watching our payment processing. As soon as we get a new processor up they find out who it is on their end and contact them. They tell the processor that Gab is flagged for “illegal activity” and if they do not stop processing payments for us they will be heavily fined.

When the processor inquires about this alleged “illegal activity,” Visa tells them that Gab has been flagged for “hate speech.” “Hate speech,” is of course not illegal in the United States of America and is protected by the First Amendment. As I have written, it’s not real and I refuse to acknowledge it as term. Visa doesn’t agree with me.

The reason I share all of this is that I hope it serves as a wakeup call and as a warning. If they can do this to me, they can do it to you and they likely will.

Christians need to be especially concerned and aware of this. The Communist revolutionaries taking over the United States are coming for us all. It’s only a matter of time before the Bible is labeled as “hate speech” and churches start to experience what I am going through right now.

And that no man might buy or sell, save he that had the mark, or the name of the beast, or the number of his name. Revelation 13:17