The assassination of Muammar Gaddafi via a combination of NATO bombs and US-backed al Qaeda affiliated rebels, serves to sweep away a myriad of, shall we say, uncomfortable circumstances. Perhaps the most damning of those are the intimate links shared between Gaddafi and his “good friend” Tony Blair.

The former Libyan dictator’s death negates any requirement for a UN International Criminal Court trial, a la Saddam Hussein or Slobodan Milosevic. Thus Blair’s intimate business dealings and multiple secret meetings with Gaddafi during his tenure as British Prime Minister and beyond will be kept away from public scrutiny.

As reported by the London Telegraph just last month, Blair’s close relationship with Gaddafi was once again thrust into the spotlight with the revelation that he privately met the dictator a total of six times since leaving Downing Street in 2007.

On two of those occasions, Blair arrived in Libya on a jet, privately chartered by the Gaddafi regime.

Five of the visits took place in the months prior to the release of Abdelbaset al-Megrahi, the Lockerbie bomber. It is thought that Blair helped broker business deals with Gaddafi by promising to push for al-Megrahi’s release from prison in Scotland.

According to an investigation by a British Channel 4 documentary team, Blair met with Gaddafi’s former chief of staff Bashir Saleh Bashir at Blair’s London home on July 20, 2009, just one month before al-Megrahi’s release.

It is believed that Gaddafi had threatened to end lucrative trade deals with Britain (which Blair had sealed when he was still Prime minister) involving minerals, financial services and other goods.

The London Telegraph also uncovered details of a meeting between the two men in January 2009, when Blair was acting on behalf of US investment bank JP Morgan.

According to the newspaper, the bank, which managed more than half a billion US dollars on behalf of the Libyan Investment Authority (LIA), was “trying to negotiate a deal between the LIA and a company run by the Russian oligarch Oleg Deripaska,”

“The multi-billion dollar deal, which later fell through, would have seen the LIA provide a loan to Rusal, the world’s largest aluminium producer.” The Telegraph reported.

Given Blair’s links with the Libyan regime and the fact that JP Morgan pays him £2 million per year as a senior adviser, it is thought that the bank saw Blair as the perfect man for the job.

JP Morgan vice-chairman, Lord Renwick sent an email to the LIA in December 2008, seeking to “finalise the terms of the mandate concerning Rusal before Mr Blair’s visit to Tripoli”.

An LIA executive, speaking on condition of anonymity, told the Telegraph that LIA officials were notified that the “ideas” they were ordered to pursue came directly from Blair.

Blair’s office denies that he had anything to do with the proposed deal, and JP Morgan denies Blair knew anything about the deal.

Critics, including anti-corruption campaign group Global Witness, who obtained the email and leaked it to the media, contend that Blair’s active roles as a Middle East peace envoy, fund-raiser in Africa and business adviser for giant corporations such as JP Morgan present direct conflicts of interest.

Robert Palmer of Global Witness notes: “It’s hard to see how being Middle East peace envoy squares with doing business with a tyrant.”

When letters to the Libyan regime from Blair aides were found discussing business meetings in 2008, it was noted with suspicion that they were written on notepaper headed “Office of the Quartet Representative”, Blair’s formal title as Middle East envoy to the European Union, the United Nations, Russia and the United States.

When asked for an explanation by the media, a spokesman for Ban Ki-moon, the UN secretary general, said: “It’s up to him to explain why he did this.”

After another visit to Libya in February 2008, Blair sent a very personal letter to Colonel Gaddafi in which he addressed the Libyan leader as “Dear Muammar” and advised Gaddafi on what African projects he felt were worthy of investment.

On the same day, Blair sent letters to then Libyan Prime Minister Baghdadi al-Mahmoudi and deputy prime minister Dr Abdulhafid al-Zulaytini, thanking them for “facilitating my meeting with the Leader” and asking them to let him know when they were next in London.

Of course, Blair was also dealing with Gaddafi while he was still in office, in a series of negotiations, details of which still remain shadowy.

In 2004, Blair met with Gaddafi in the infamous“Deal in the Desert”, where he declared that a new relationship had been struck between Britain and Libya. Hours after the meeting, Shell announced it had signed a deal worth up to £550million for gas exploration off the Libyan coast.

Earlier this year it was revealed that during the meeting Blair had agreed to train Gaddafi’s special forces and supply him with NATO secrets about defence structures and technology.

The accord also noted that Britain had agreed to work with the Gaddafi regime in “training in operational planning processes, staff training, and command and control; training of personnel in peace support operations; training co-operation relating to software, communications security, technology and the function of equipment and systems; exchanges of information and experience in the laws of armed conflict; and the acquisition of equipment and defence systems’’.

In May 2007, two months prior to leaving office, Blair returned to Libya to broker more huge business deals, including a £900million oil deal for BP and defence contracts worth £350million.

As part of the deal, Gaddafi demanded a prisoner transfer agreement to pave the way for the return of the Lockerbie bomber to Tripoli.

Blair was so close to the Gaddafi regime that when NATO began air bombardments on Libya earlier this year, aides to Gaddafi’s son Saif pleaded for Blair to come to the regime’s aid.

“He is peacemaker in the Middle East, and should be able to use his talents for peacemaking here. We need his diplomatic skills now as we set about crushing our enemies.” a senior Libyan official told the media.

“It is time for the international community to bring peace to Libya and Tony Blair could be at the forefront of this process. Tony Blair is a good friend who would put the country on a stable footing.” he added, noting that Blair was still meeting with “the Brother Leader” in 2010.

Blair has refused to make public the full extent of his meetings in Libya since stepping down as Prime Minister. With the killing of Gaddafi, it seems, the details will now remain perpetually undisclosed. 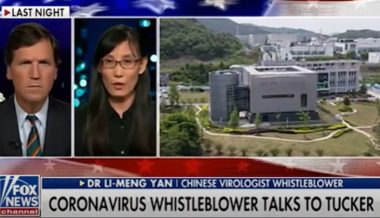