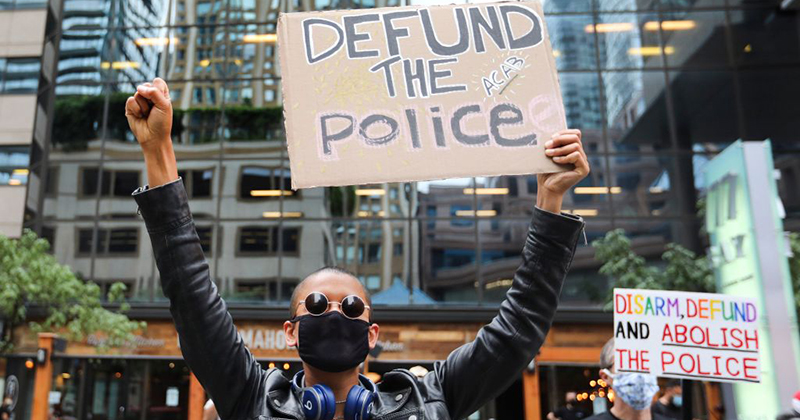 The mainstream media wants Americans to believe that every single Black person in the country wants to abolish the police, however, the reality is the total opposite, as highlighted by a new Gallup poll which finds that more than 80% do not agree with the sentiment.

The survey finds that 61% of Black Americans are happy with police presence as it stands in their neighbourhoods, and 20% say they want MORE police patrols.

Overall, 86% of Americans want either the same or level of policing or more policing in their area.

The poll also found that 61% of Black Americans are either somewhat or very confident that they would be treated with courtesy and respect by police officers in their area:

Even the Black Americans who are “not too confident” about receiving positive treatment (27%), want to see the same amount or MORE policing in their area:

Joe Biden does it again as he has yet again made a racist gaffe during a live interview.

The survey also found that “Seventy-nine percent of those who have had an interaction with the police in the past 12 months say they want the police to spend more or the same amount of time in their neighborhood; 21% favor less time.”

In addition, “Eighty-two percent of those who have not had an interaction want the same or greater police presence; 18% want less.”

Plus, “just 13% of those who did feel they were treated respectfully want the police to spend less time in their neighborhood; 87% want them there as much or more often.”

This all goes to highlight that the ‘defund/abolish the police’ call is coming from a fringe minority, and has little bearing on reality of opinion in the country.

That description also goes for support for the more extreme leftist arm of the Democratic party in America, members of which have called police a “cancer” and are fully behind defund/abolish call.