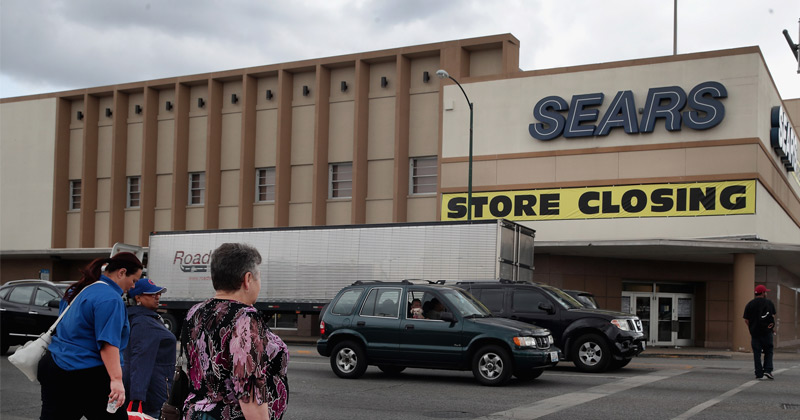 Retail giant Sears will ask a US bankruptcy judge if it can proceed with liquidating its assets after a last-minute bid by Chairman Eddie Lampert failed, reports Reuters. A liquidation would affect approximately 68,000 employees and 425 stores.

The 126-year-old department store rejected Lampert’s $4.6 billion package backed by Bank of America, Citigroup and the Royal Bank of Canada. The three institutions offered to provide a $950 million basset-backed loan and $350 million revolving line of credit to back Lampert’s bid.

As we noted on Sunday, Lampert’s financing package had gaps, and the plan would not have provided enough cash to cover bankruptcy-related costs. It also undervalued inventory and other assets compared to what liquidators were promising to pay. Part of Lampert’s bid relied on the forgiveness of $1.3 billion of Sears debt held by his hedge fund, ESL Investments Inc.

The retailer started laying the groundwork for a liquidation after meetings Friday in which its advisers weighed the merits of a $4.4 billion bid by Lampert’s hedge fund to buy Sears as a going concern, said the people, who asked not to be identified because the discussions are private. If the 125-year-old retailer does die in bankruptcy — like Toys “R” Us in 2018, and Borders Group Inc. in 2011 — it would mark the largest fatality yet in the retail apocalypse prompted by a shift to online shopping. –Bloomberg

Unfortunately for Eddie, much of his bid relied on him assuming ownership of the reorganized business – however the validity of his debt has been called into question after several creditors challenged ESL, while no cash backstop was provided in case this fell through.

Sears closed about 140 stores back in October when it initially filed for Chapter 11 bankruptcy protection with $11.34 billion in debt. The retailer also announced in November that it would close an additional 40 unprofitable stores by February 2019. It was the second largest bankruptcy ever, according to Bloomberg, following that of real estate firm Capmark Financial Group with $21 billion in liabilities. The Toys “R” Us bankruptcy ranks third at around $8 billion in debt.

According to Reuters, lawyers for Lampert and ESL plan to present details of his offer to the judge and make their case for renewing efforts to save Sears.

U.S. Bankruptcy Judge Robert Drain in the Southern District of New York, who is presiding over the case, could decide to give Lampert more time to improve on his bid, the sources said. A bankruptcy auction for Sears’ assets is not due until Jan. 14. –Reuters via Yahoo!