Clothing manufacturer “Gap” apologized Tuesday after being accused of showing a “racist” advertisement. 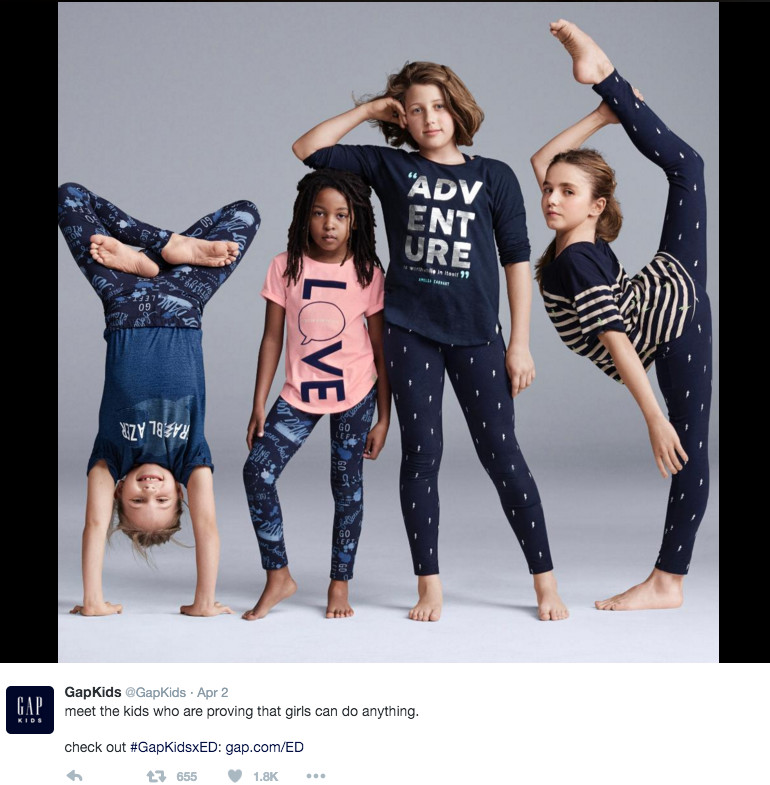 According to a small group of outraged Twitter users, the ad, which shows four young females, offensively depicts a white girl leaning her arm on a black girl.

@GapKids proving girls can do anything… unless she's Black. Then all she can do is bear the weight of White girls. #EpicFail

Speaking with Fortune.com, Gap spokeswoman Debbie Felix promptly apologized for the situation before promising to remove the seemingly innocent photo.

“As a brand with a proud 46 year history of championing diversity and inclusivity, we appreciate the conversation that has taken place and are sorry to anyone we’ve offended,” Felix said.

Gap’s announcement immediately sparked yet another backlash by many who instead felt the company was cowering to extreme political correctness.

"We need black representation in media"

"Black representation in media is racist"

@FortuneMagazine I look forward to GAP apologizing for this racist picture of a black girl dominating a white girl. pic.twitter.com/LFLOqGRFC0

The photo, which was even accused of being a “microagression,” was replaced from the Gap website as well.