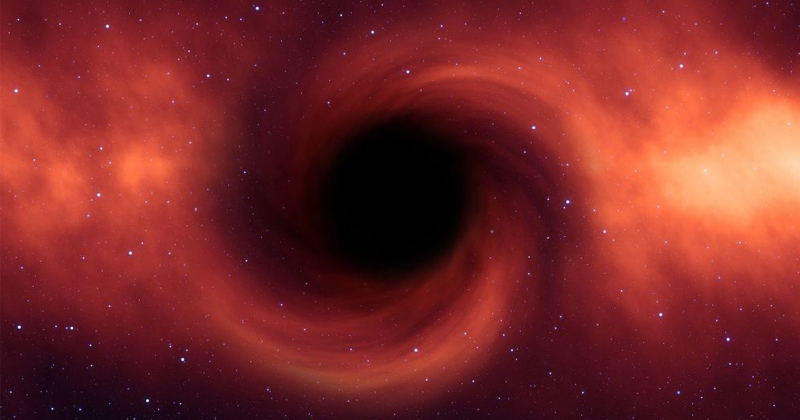 Scientists have detected gas movements in the middle of our galaxy, which could be a sign of the most elusive species of black holes, a new study suggests.

Tracking the gases in the center of the Milky Way, researchers noticed that clouds are orbiting an object 10,000 times the mass of the Sun, however, they were still unable to observe what these clouds were orbiting, according to the study published in The Astrophysical Journal.

The scientists believe that the center is possibly a quiescent black hole, which isn’t actively feeding, meaning it is emitting no detectable radiation, making it the fifth such black hole candidate located in the heart of the galaxy.

The usual stellar-mass black holes are up to 100 times the mass of the Sun, with the biggest black hole having a range of 62 solar masses, created by the merger of two black holes in the gravitational wave event GW150914. There are also supermassive black holes, assumed to be located in the centers of galaxies, which are at least 100,000 solar masses in size.

The intermediate-mass black holes are assumed to be the class between these two categories. However, their existence remains under question as they don’t emit any detectable radiation of their own. That made scientists look for other ways to detect such holes, looking for the effects black holes would have on other objects in nearby space.

Astrophysicist Shunya Takekawa of the National Astronomical Observatory of Japan and colleagues have been studying the motion of the high-velocity clouds of gas in the center of the Milky Way to understand if they could detect intermediate black holes. Previously they used the gas-tracking method to identify an intermediate-mass black hole candidate clocking in at around 32,000 solar masses, which would produce an event horizon roughly the size of Jupiter. They applied the same method to a high-velocity gas cloud called HCN-0.085-0.094 which mainly consists of three smaller clumps. One of those clumps seems to be swirling around a black hole, according to the researchers.

“One of the three clumps has a ring-like structure with a very steep velocity gradient,” the researchers wrote in their paper. “This kinematical structure suggests an orbit around a point-like object with a mass of ∼104 solar masses. The absence of stellar counterparts indicates that the point-like object may be a quiescent black hole.”
The analysis of the follow-up observations proved that the closest of the intermediate black hole candidates is 740 million light-years away – which is even further than the center of our galaxy. If future research proves that whatever is happening in the center of the Milky Way is in fact an intermediate black hole, it would provide scientists with material which could help to understand how common or rare such black holes are, and how they are distributed across galaxies.