“There’s too many people on the planet!”

During an appearance on an Australian television show, a prominent gay activist called for abortion to be made mandatory for 30 years in order to reduce global population.

Author and media pundit Dan Savage was asked by an audience member, “Which so-called dangerous idea do you each think would have the greatest potential to change the world for the better if it were implemented?”

“Population control. There’s too many god—- people on the planet!” responded Savage as the audience applauded. “And I don’t know if that’s a – you know, I’m pro-choice. I believe that women should have the right to control their bodies. Sometimes in my darker moments I’m anti-choice.”

Savage’s previous exploits include vowing to inseminate his husband for God, wishing that “the Republicans were all fucking dead,” and expressing the desire that a political candidate “should be dragged behind a pickup truck until there’s nothing left but the rope.”

Savage’s favored policy of mandatory abortion is already in place in Communist China, where women who flout the country’s infamous one child policy and cannot pay huge fines are kidnapped off the street by government goons, beaten up,dragged off to state hospitals and subjected to horrific forced abortions.

A recent case which attracted media attention involved a woman who had her home raided in the middle of the night by government officials, before she was abducted, taken to a hospital and forcibly injected with an abortion-inducing drug, terminating her baby which was just three months from being born.

Babies are even forcibly aborted at 9 months old, dying in the arms of their mother, while others are thrown in buckets while they are still alive. Activists who speak out against forced abortion in China are also persecuted by the government.

News network CNN, in addition to billionaire Ted Turner and other elitists, along with a whole host of pressure groups committed to pushing for population control, have all advocated the one child policy.

In his 1977 book Ecoscience, current senior White House science advisor John P. Holdren floated the idea of forced abortions and compulsory sterilization, amongst a raft of other draconian population control measures, all of which would be carried out by a “Planetary Regime”.

During a 2011 speech at Sichuan University, Vice President Joe Biden told an audience that he “fully understands” China’s one child policy.

Aside from Savage’s call for draconian policies of forced abortion, the supposed threat posed by overpopulation itself is a myth. The UN’s own figures clearly indicate that population is set to stabilize in 2020 and then drop dramatically after 2050.

As the Economist reported, “Fertility is falling and families are shrinking in places— such as Brazil, Indonesia, and even parts of India—that people think of as teeming with children. As our briefing shows, the fertility rate of half the world is now 2.1 or less—the magic number that is consistent with a stable population and is usually called “the replacement rate of fertility”. Sometime between 2020 and 2050 the world’s fertility rate will fall below the global replacement rate.”

Warnings about the threat posed by overpopulation are fundamentally flawed. In reality, underpopulation will be seen as the biggest danger to human prosperity in the latter half of the 21st century.

As Slate’s Jeff Wise documents, due to falling fertility rates, the population of Western Europe is set to shrink from 460 million to just 350 million by the end of the century. Meanwhile, Russia and China could lose half their population. Germany’s birthrate has sunk to to just 1.36, with Italy’s at 1.4 and Spain at 1.48, thanks to a natural phenomenon called “demographic transition,” which is the shift from high death rates and high birthrates to low death rates and low birthrates.

Human population is expected to peak at 9 billion from 2050-2070 and then it will start its decline. “In the long term—on the order of centuries—we could be looking at the literal extinction of humanity,” writes Wise, pointing to a 2008 IIASA report.

Not only is Dan Savage’s call for mandatory abortion completely offensive and an insult to women in China and other countries who have been subjected to the horror of forced abortion, it’s justification – to reduce global population – is factually and scientifically bankrupt. 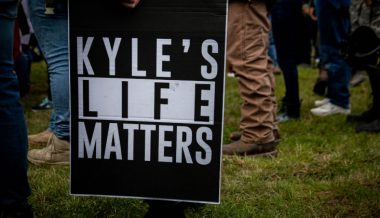