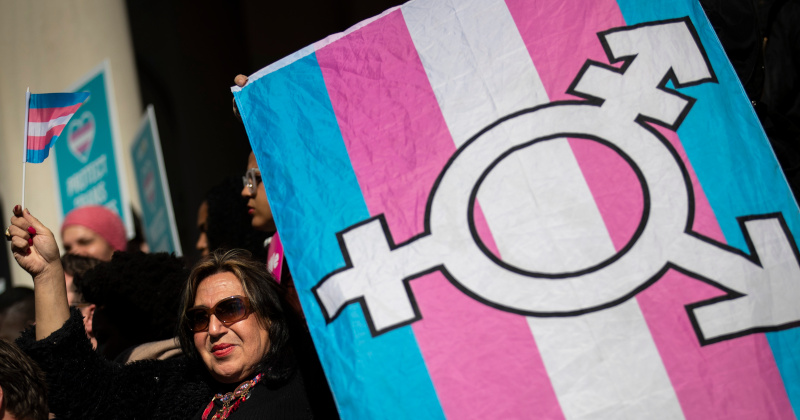 Using the word “they” as a gender-neutral pronoun has become more common for people who identify as a mix of male and female — or as neither.

US dictionary Merriam-Webster says “they” was one of its most-searched terms.

The singular “they” was crowned word of the year for 2019 by Merriam-Webster, the US dictionary announced on Tuesday.

The word “they” is increasingly used as a pronoun for people who identify as nonbinary, meaning their gender identity is a mix of male or female or a rejection of both, as well as for others in the LGBT+ community.

The dictionary, which officially broadened its definition of the word in September, said searches for the word increased by over 300% this year.

The word ‘they’
– was looked up 313% more this year than last.
– had a new sense added in September.
– is increasingly common in both public and personal communication.

In a statement, Merriam-Webster noted that using the word “they” as a gender-neutral alternative to “he” or “she” has been used for over 600 years in the English language.

“More recently, though, they has also been used to refer to one person whose gender identity is nonbinary,” the statement added.

Both the Oxford English Dictionary and Dictionary.com published articles online last year saying that the use of the singular “they” was grammatically correct, reported Reuters news agency.

In September this year, British popstar Sam Smith came out as nonbinary and asked to be referred to by the pronouns “they” and “them.”

US politics dominated the rest of Merriam-Webster’s list of the most-searched words for 2019.

Searches for “quid pro quo,” a Latin phrase meaning “something for something,” spiked this fall during a series of impeachment hearings against US President Donald Trump.

One of the central questions in the inquiry was whether Trump offered military aid and a meeting at the White House to Ukraine’s president in exchange for Kyiv launching a probe against Trump’s political rival.

“Impeach” was also one of the top words for the US dictionary in 2019, after the US lawmakers from the Democratic party announced the impeachment inquiry into Trump.

The dictionary noted that although “impeach” is frequently thought of as meaning removing for office, it has a much more precise legal definition that means “to charge with a crime or misdemeanor.”

Owen Shroyer’s arrest for confronting Jerry Nadler during the treasonous impeachment hearings against Trump has inspired Americans everywhere to stand up to the criminal politicians infesting the U.S. government.