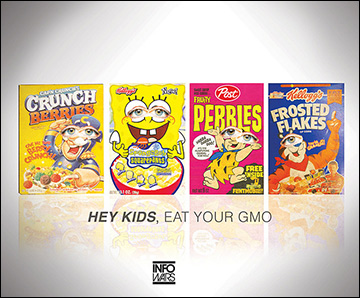 Following reports from last week about how cereal company General Mills had changed its privacy policy to preclude people from going to court if they so much as “liked” Cheerios on Twitter, the company has backtracked, changed its policy and admitted that consumers “didn’t like” the new policy, though they insist it was all a misunderstanding:

As has been widely reported, General Mills recently posted a revised set of Legal Terms on our websites. Those terms – and our intentions – were widely misread, causing concern among consumers.

So we’ve listened – and we’re changing them back to what they were before.

We rarely have disputes with consumers – and arbitration would have simply streamlined how complaints are handled. Many companies do the same, and we felt it would be helpful.

After throwing in some legalese (and admitting their lawyers made them do that), General Mills’ director of external communications Kirstie Foster explained:

We’ll just add that we never imagined this reaction. Similar terms are common in all sorts of consumer contracts, and arbitration clauses don’t cause anyone to waive a valid legal claim. They only specify a cost-effective means of resolving such matters. At no time was anyone ever precluded from suing us by purchasing one of our products at a store or liking one of our Facebook pages. That was either a mischaracterization – or just very misunderstood.

Not that any of that matters now.

On behalf of our company and our brands, we would also like to apologize. We’re sorry we even started down this path. And we do hope you’ll accept our apology. We also hope that you’ll continue to download product coupons, talk to us on social media, or look for recipes on our websites.

That first paragraph is not entirely accurate. While similar claims do exist in all sorts of consumer contracts (and, contrary to the statement, they often do cause people to effectively waive valid legal claims), they tend to exist in actual contracts. That is, not in a website privacy policy or terms of use — which is what made General Mills’ effort so notable.

Again, there is a simple solution to all of this. It should be clear that simply throwing up a “terms of use” page has no direct legal impact, especially if there’s no evidence that anyone has actually read it.