Another Bush. This one says he’s with Ted Cruz and the refurbished tea party.

George P. Bush is kicking off his political career in Texas. He’s running as land commissioner. Bush says he’s not like the rest of his family. He’s a real conservative unlike the previous two Georges. He describes himself as a “movement” conservative. Not a mainstream Republican.

George P. Bush is distancing himself from his family in his first campaign http://t.co/bbx3CuafJq

“On social questions, national defense, economic issues, I’m a strong conservative,” Bush told The Associated Press. Instead of following his uncle, George W., and his grand daddy, George Senior, the son of former Florida governor Jeb Bush says he draws inspiration from former House Speaker Newt Gingrich, said to be the architect of the 1994 Republican takeover.

But Bush’s rightward drift comes with risks. It might hurt his image as a next-generation Republican who could reach out to Texas’ booming Hispanic population. Bush is a fluent Spanish speaker whose mother, Columba, was born in Mexico.

Maybe they’ll start voting Republican after the Obama fiasco, especially for a candidate who swears he’s not an establishment Republican but a tea party conservative.

Democrats, on the other hand, are pushing for amnesty and courting millions of new voters. Everything hinges on the demographic.

That demographic could flip Texas by 2020. Most believe that flip will favor Democrats, while others say it presents an opportunity for Republicans supposedly eschewing the establishment and banking on the tea party conservative drift.

That’s a plus for Spanish-speaking George P. and the Bush dynasty. 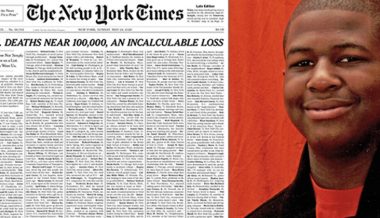