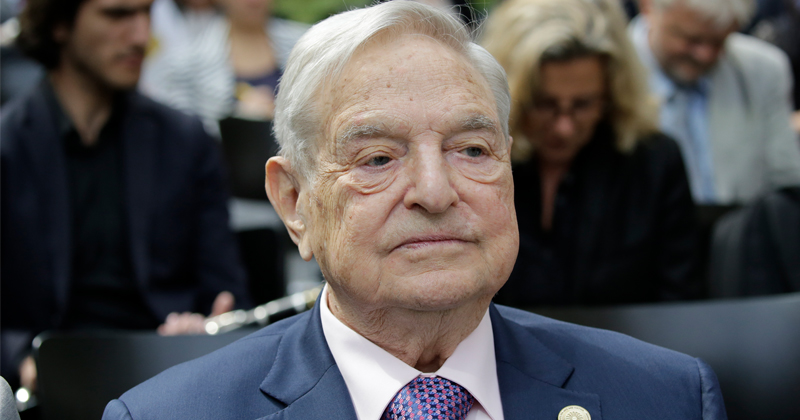 The Brennan Center for Justice, which is heavily financed by George Soros, has submitted a letter to the governors of all fifty states urging them to use executive action to “release as many people as possible from incarceration” due to coronavirus fears “provided they do not pose serious public safety threats.”

The letter cited concern that the U.S. prison population could face greater risk of illness and death than the general public due to the Chinese coronavirus pandemic.

The Brennan Center recommended that all governors use the power of clemency where they can.

Ideally, people who are older, medically compromised, or nearing the end of their prison terms could have their sentences commuted to time served and be released outright. We urge you to grant the broadest relief to the largest group of people possible, but should this prove impracticable, we urge you to consider clemency relief in other forms, such as reprieves, which temporarily suspend a sentence, or conditional pardons.

Owen and Jesse Lee Peterson celebrate after hearing that President Trump will be cutting funding to the WHO.

The Brennan Center cited its own research to claim that extending clemency to “especially vulnerable” prisoners “will not jeopardize public safety.”

Our own research has shown that state prison sentences are often too long to begin with, and that roughly 14 percent of imprisoned people have “served sufficiently long prison terms and could likely be released within the next year with little risk to public safety.”

Moreover, researchers have shown, time and time again, that the likelihood of recidivism plummets as people age. One seminal study by the U.S. Sentencing Commission found that “offenders over sixty years old at the time of release had a recidivism rate of 16.0 percent” —roughly a quarter the rate of people released before age 21.

Clemency relief in other forms should also be considered, Brennan advocated, suggesting the use of conditional pardons or reprieves to temporarily suspend a prison sentence.