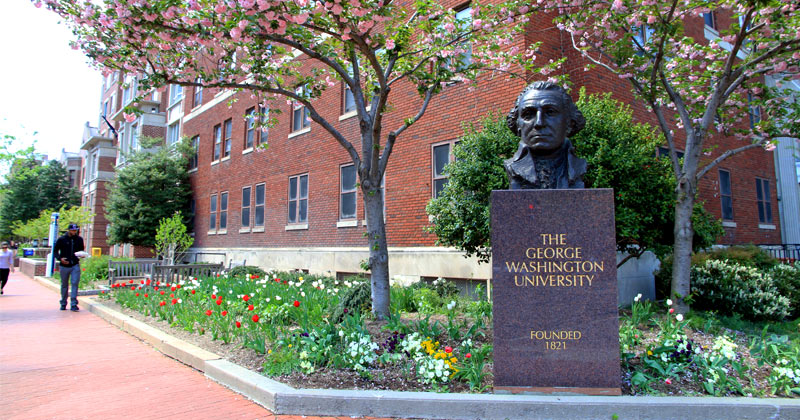 George Washington University has eliminated its United States history requirement for history majors in order to attract more students in our “globalizing” world.

The university has adopted a policy now in place at roughly one-third of the nation’s top colleges and universities, making an American history course optional rather than mandatory for declared history majors.

“At GWU, history majors must take eight to ten upper level courses: one on a time period before 1750, and three on different regions of the world, including Europe, North America, Africa, Asia, Latin America, and the Middle East,” reported Kate Hardimann with The College Fix. “Previously, students were required to take two courses focused on Europe and North America and complete a thesis or capstone project.”

The change in policy was motivated by a need to “recruit students” and “to better reflect a globalizing world,” according to comments in the George Washington University student newspaper, The Hatchet.

George Washington University (GWU), located in the Foggy Bottom neighborhood of Washington, DC, was founded in 1821 as the Columbian College in the District of Columbia; it was renamed in 1904 to honor America’s first president.

The effort to purge American history from college campuses has received backlash from many former students and trustees.

“A democratic republic cannot thrive without well-informed citizens and leaders,” said Dr. Michael Poliakoff, president of the American Council of Trustees and Alumni.
Elite colleges and universities in particular let the nation down when the examples they set devalue the study of United States history.”

“According to a lot of professors, the founding fathers are a bunch of old rich white guys who owned slaves,” said syndicated radio host Larry Elder. “As a result, they’re no longer relevant.”

“Kids are learning that America is nothing more than a series of incidents that oppress people, whether it’s Native Americans or women or blacks or Hispanics or Asian people,” he said. “That’s what they’re learning.”