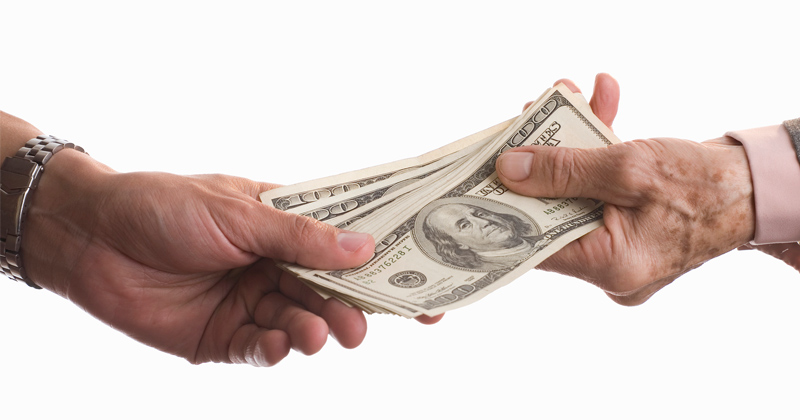 The mayor of Bloomingdale, Georgia, sparked outrage after he called out the “privilege” of people living on free government handouts, while being subsidized by productive taxpaying members of society.

In a post published in the Facebook group, “Gossip Bloomingdale GA,” Mayor Ben Rozier fired off a lengthy rant slamming the “privilege” of free loaders. 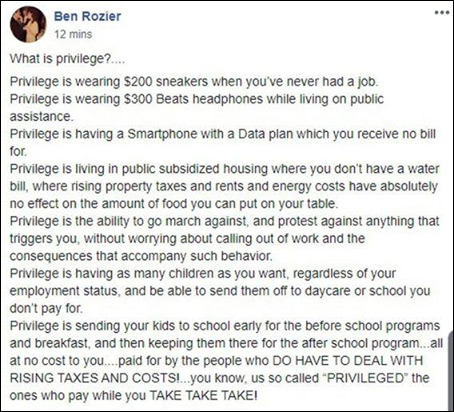 “Privilege is wearing $200 sneakers when you’ve never had a job.

“Privilege is wearing $300 Beats headphones while living on public assistance.

“Privilege is having a Smartphone with a Data plan which you receive no bill for.

“Privilege is living in public subsidized housing where you don’t have a water bill, where rising property taxes and rents and energy costs have absolutely no effect on the amount of food you can put on your table.

“Privilege is the ability to go march against, and protest against anything that triggers you, without worrying about calling out of work and the consequences that accompany such behavior.

“Privilege is having as many children as you want, regardless of your employment status, and be able to send them off to daycare or school you don’t pay for.

“Privilege is sending your kids to school early for the before school programs and breakfast and then keeping them there for the after school program… all at no cost to you… paid for by the people who DO HAVE TO DEAL WITH RISING TAXES AND COSTS! … you know, us so called ‘PRIVILEGED’ the ones who pay while you TAKE TAKE TAKE!′”

Despite containing no mention of race, a report by the Savannah Morning News claimed Rozier’s now-deleted rant was “racially charged” and “riddled with blatant jabs towards Americans who receive government assistance, especially Black Americans.”

On Tuesday, the Bloomingdale City Council released a message distancing itself from the mayor’s comments:

“The Bloomingdale City Council and Administration is aware of the Facebook post made by Mayor Ben Rozier on Tuesday, June 16, 2020, and its reaction by the general public.

“The Bloomingdale City Council wishes to state collectively that this action taken by Mayor Rozier is his action and his action alone. We in no way condone or endorse any single or collective posts made by the Mayor.

“The City of Bloomingdale is a Municipal Corporation that is charged with the protection of the health, safety, and welfare of its citizens. This includes all citizens regardless of race, gender, color or creed. The Bloomingdale City Council will always strive to live up to this mandate and will always endeavor to be a governing body of service, inclusion, and promote a cohesive community.”

Rozier’s post comes as race relations are tense in America, with Black Lives Matter protesting and rioting in nearly every major US city following the police killing of Minneapolis resident George Floyd.

Elsewhere in Georgia, a police officer was charged this week with felony murder after shooting an intoxicated black man who attacked him and stole his taser at a Wendy’s drive thru.

A black female preacher explains why the Democrat party has always been the party of bigotry towards blacks in America since its origin.