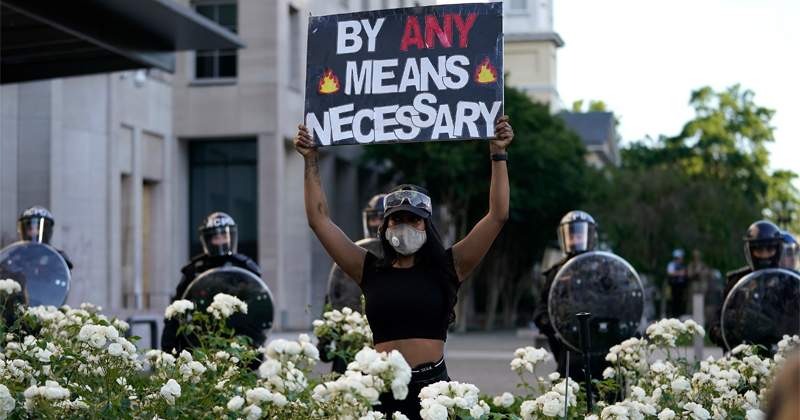 Berlin has voiced its support for what it calls “legitimate” and “understandable” protests that are raging across the US.

Germany also expressed hope that protests don’t “turn violent” – which they already have.

The support for civil unrest, sparked by the death of unarmed black man George Floyd at hands of American police, was voiced by German Foreign Minister Heiko Maas on Tuesday.

“The peaceful protests that we see in the US, involving many moving gestures, including by American police officers, are understandable and more than legitimate.”

While it’s still quite unclear what “impact” the ongoing protests might have, the official’s statement appears to be a little bit late to the party. The protests have been going on for nearly a week already and have spiraled into violence, widespread looting, arson and even shootings in many cities across the US.

The National Guard has been called in to tackle the unrest in multiple states, while President Donald Trump deployed “heavily armed” US troops to Washington DC to “stop the rioting, looting, vandalism, assaults and wanton destruction of property.”

Trump threatened to dispatch active service troops to other states as well if local authorities fail to stop the unrest. To actually do so, the US president would apparently have to invoke the antiquated Insurrection Act of 1807. The act was last used by George H.W. Bush back in 1992 to stop the infamous Los Angeles riots.

The unrest was ignited by the death of George Floyd, a black man who died at hands of Minneapolis police during a violent arrest. An independent autopsy confirmed that the man’s death was a result of asphyxiation.