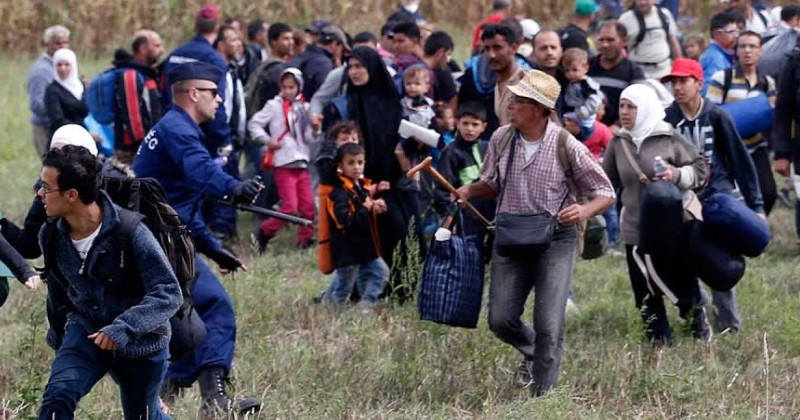 The Green Party in Germany is urging that up to 140 million “climate refugees” should be allowed to migrate to the west and given citizenship.

Political leaders like Claudia Roth are claiming that island states in the Pacific could “completely disappear” and that entire population groups should be allowed to re-locate to the west as a result.

“Citizenship in the receiving country can be an option,” for people existentially threatened by global warming, said Roth

In their proposal, the party cites the World Bank’s estimate that there could be as many as 140 million “climate refugees” flooding into the west from Africa, South Asia, and South America by the year 2050.

Other parties in Germany expressed their opposition, noting that creating the idea of “climate refugees” would increase migratory pressure worldwide.

The proposal is not likely to sit well with German voters, many of whom have expressed their opposition to mass immigration by voting in large numbers for the right-wing AfD party.

As we previously highlighted, the former director of Germany’s foreign intelligence service has accused Angela Merkel of creating a “security crisis” in Germany as a result of her open border refugee policy.

According to the German government’s own statistics, violent crime in Germany rose by 10 per cent between 2015 and 2016, when the country began accepting large numbers of migrants, many of them young men. More than 90 per cent of the rise was attributable to young male “refugees.”

“Young male refugees in Germany got the blame…. for most of a two-year increase in violent crime,” reported Reuters.

Given the establishment’s increasingly desperate effort to push the “climate emergency,” primarily by using Greta Thunberg as a poster child, look out for global warming hysteria to be the next excuse as to why the west needs to absorb tens of millions more migrants.