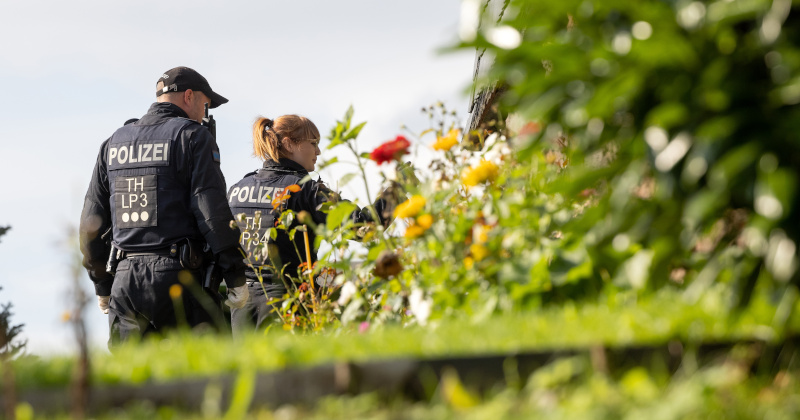 A “large contingent” of German police, including a number of special tactical units, conducted coordinated nationwide raids on Tuesday in an effort to stem the production and distribution of child pornography.

Authorities say that “four individuals sustained minor injuries,” in the raids, which took place in 12 of Germany’s 16 states.

The raids were announced by the Cologne City Prosecutor’s Office, which said that the authorities had seized materials, such as mobile devices and computer hard drives. The items were already being analyzed. Prosecutors say they will make a public statement on Wednesday morning.

The raids grew out of an ongoing investigation that began in October 2019, and focused on a man in the western German city of Bergisch Gladbach. The man, a cook and hotelier in the city, is currently on trial for different 79 crimes, many linked to the sexual abuse of his own young daughter. The man recorded his crimes on his smartphone and distributed them to a wide network of individuals.

Officials say the investigation has “snowballed,” leading them to a seemingly endless number of individuals linked to the production and distribution of child pornography.

Authorities say the trove of information collected in the Bergisch Gladbach investigation will keep them busy for years, and Markus Hartmann, who heads the state of North Rhine-Westphalia’s ZAC NRW cybercrimes unit, says, “We’re talking about 30,000 unknown suspects.”

Police have previously used a helicopter to transfer massive amounts of sensitive data from state to state by rather than across secure but slow computer systems. The authorities said this has allowed them to act more quickly and free a number of children from their abusers. The most shocking of these cases involved a three-month-old baby.

As of August 27, German authorities had arrested 84 individuals linked to the Bergisch Gladbach case.