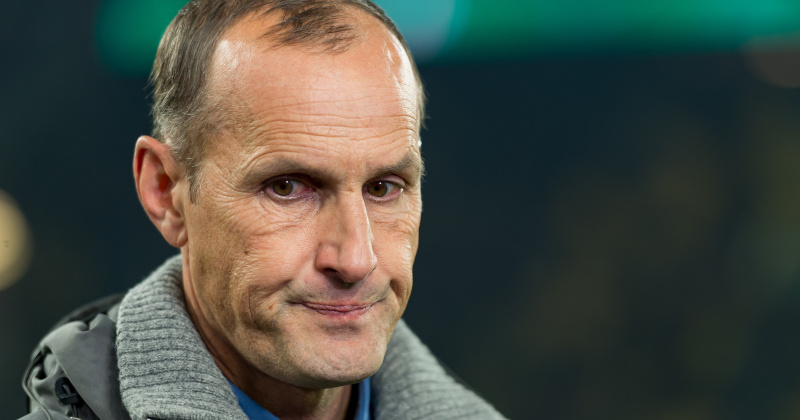 Augsburg head coach Heiko Herrlich’s pearly whites appear to have gotten him into some trouble, after the Bundesliga coach broke Covid-19 restrictions to leave his team hotel to buy toothpaste from a local supermarket.

Herrlich’s team are due to take on Wolfsburg in the resumed German top division on Saturday but said at a press conference on Saturday that he will be absent from the touchline after breaking league rules designed to isolate players and staff ahead of this weekend’s fixtures.

“I made a mistake by leaving the hotel,” Herrlich announced in a statement. “Even though I have followed all hygiene measures both when leaving the hotel and otherwise, I cannot undo this. In this situation, I was not able to act as a role model for my team and the public.”

Herrlich was appointed as Augsburg coach in March and the Wolfsburg fixture was set to be his first in charge of the team. However, his debut will be pushed back after he admitted a lapse in judgement.

Heiko Herrlich will not support the team on Saturday due to a violation of the COVID protocol.

He regrets his mistake. In the next few days more corona tests will be carried out. After two negative test results, Heiko Herrlich will resume training at FC Augsburg. pic.twitter.com/RHII5uXVEj


“I will therefore be consistent and stand by my mistake,” he said. “Because of this misconduct, I will not be leading the training [on Friday] and will not be in charge of the team against Wolfsburg on Saturday.”

Herrlich will not be permitted to return to team affairs until he has provided two negative tests for coronavirus. All players and staff in the league are being regularly tested for the potentially deadly virus ahead of the return of the Bundesliga this weekend.

It is the first major European league to resume play after the global sporting calendar ground to a halt in March as various authorities grappled with the fallout of attempting to mitigate the spread of the disease.

Augsburg are currently five points outside the relegation zone in the German top division and have not won in the league since February 1 – a run of poor form which cost previous coach Martin Schmidt his job.