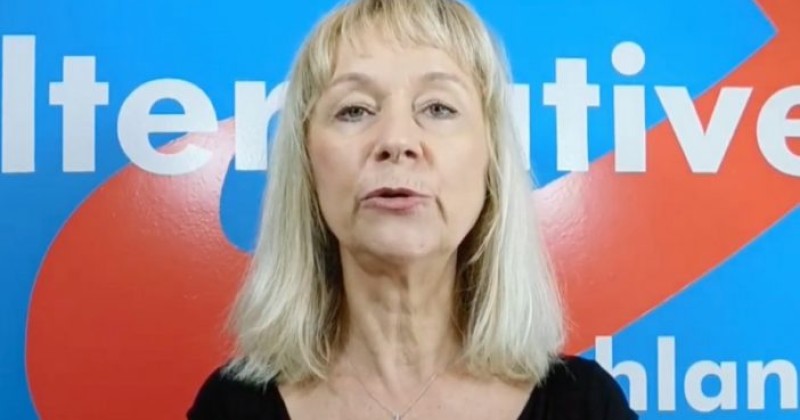 Antifa extremists threatened to assassinate a member of parliament for the populist Alternative for Germany (AfD) party, even naming the exact date on which they would kill her.

Police confirmed that left-wing radicals posted signs outside Christina Baum’s dental office in Lauda-Königshofen yesterday, including a wooden cross which read, “Nazi whore Baum, after you no cock will crow, died on December 31st, 2019.”

“The cross was provided with various inscriptions, which contain on the one hand insults and on the other a threat to the member of parliament,” police said in a statement.

Baum posted a photo of the cross on Facebook with the caption, “The hatred of our political opponents is bearing fruit.”

Her campaign office in Tauberbischofsheim was also attacked back in November, causing significant damage.

AfD leader Jörg Meuthen urged the media and other political parties to “stop their hatred and their incitement against the AfD.”

“The seeds of hate being spread by governments and old parties against the AfD are daunting, and this threat to Christina Baum is just the tip of the iceberg, with attacks on AfD officials becoming more common and events of the AfD attacked, it is now apparently against life and limb of AfD politicians,” said Meuthen.

Figures show that exactly half of the 52 attacks on party headquarters and offices in Germany that occurred in the third quarter of this year targeted AfD premises.