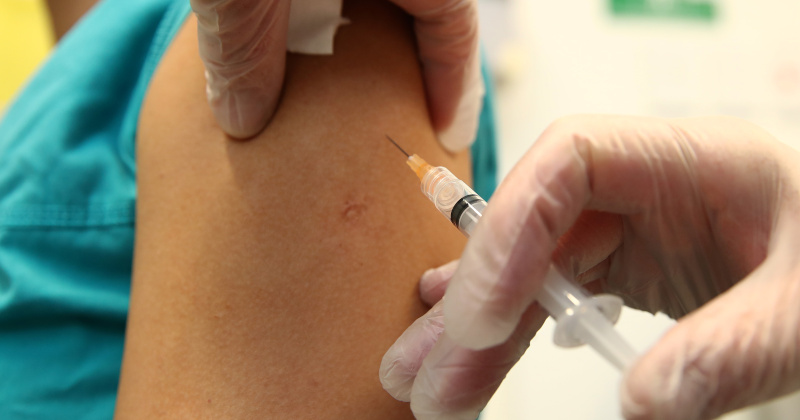 As of March 2020, parents will have to prove their child is vaccinated against measles before sending them to day care or school.

While the Health Ministry says the bill is “child protection,” critics think otherwise.

Before the introduction of measles vaccine in 1963 and widespread vaccination, major epidemics occurred approximately every two to three years. Some 2.6 million people died from the highly contagious disease every year — with children the most vulnerable. But by the turn of the millennium, some countries had declared the disease “eradicated.”

Leo Zagami joins The Alex Jones Show to expose the new statue to Moloch being installed in Rome.

In recent months, however, governments around the globe have been forced to take action once again to combat the steady return of measles cases and a growing skepticism towards vaccination.

Germany is among them. On Thursday, the German parliament — the Bundestag — passed a law to make immunization mandatory.

The “Measles Protection Act” stipulates that as of March 2020 children and staff in kindergartens and schools, medical facilities, and community facilities must be vaccinated. These include residences for asylum seekers, refugee shelters and holiday camps.

Parents who do not vaccinate their children of school age will face hefty fines of up to €2,500 ($2,749), while younger children could face a ban from day care facilities.

The World Health Organization (WHO) states that 95% vaccination coverage, or “herd immunization,”is required for a country to prevent a mass outbreak.

A report by the Robert Koch Institute, however, found that only 93% of children starting school had received both the first and the decisive second measles vaccine.

Calls for right to individual decision

After months of debate, the law approved on Thursday wasn’t passed without criticism. Pediatrician Dr. Stefan Rabe, a member of the association “Doctors for individual decision-making on vaccinations,” said every parent should be allowed to decide whether they immunize their child.

“The law is unnecessary, ineffective and unconstitutional,” Rabe told DW, quoting the right of bodily integrity.

As the measles vaccination in Germany is only available as a triple — and sometimes quadruple — shot, the mandatory measles vaccination will also indirectly make immunization against measles, mumps and rubella, and in some cases chicken pox obligatory.

Rabe suggested that the introduction of a single immunization might appeal to some of Germany’s skeptical parents.

“Some parents don’t want to vaccinate their children against all three diseases due to concerns about possible negative — and positive — side effects later in life,” Rabe said.

The German Association of Cities was also critical, saying that the law will affect the legal right to a place at a kindergarten and the difficulty of finding an available spot — an ongoing issue in Germany.

German Health Minister Jens Spahn defended the new law, however, saying that the new bill is a “child protection law” and a question of “individual responsibility.”

“My idea of freedom does not stop at my level as an individual,” the health minister said. “Rather, when I sit here in a room like this with 500 or 600 colleagues, in a cinema or on a train, when it comes to community facilities, it is also a question of whether I am unnecessarily putting others at risk. And a measles infection is an unnecessary danger in 2019.”

“Freedom also means that I will not be unnecessarily put at risk, and that is precisely why, from the point of view of preserving freedom, this law is a good law, because it protects freedom and health.”